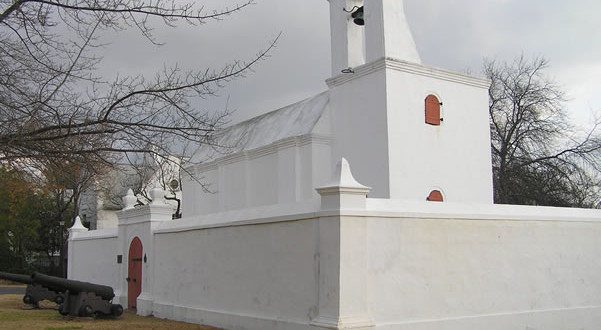 The city of Stellenbosch is located in the Cape Winelands area, only 50 km from Cape Town. Stellenbosch is the second oldest European settlement in South Africa after Cape Town. The name of the city derives from Simon van der Stel, Governor of the Cape Colony, who founded it in 1679. The development of Stellenbosch was rapid. The town in 1685 became the capital of a district that stretched for about 25,000 sq km.

Both Dutch colonists and French Huguenots settled in Stellenbosch. The Dutch settlers built a canal system that ran through the city and fed a water mill. The Huguenots above all gave impetus to viticulture in the area. Here, in fact, today the most renowned South African wines are produced. 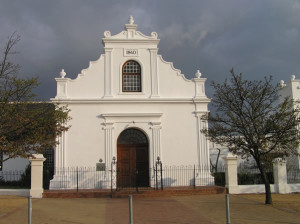 THE PRODUCTION AREA OF THE MOST RENOWNED SOUTH AFRICAN WINES

The city is located in a valley just over 130 meters above sea level in the center of a hilly region intensely cultivated with vineyards. Around the city there are also some mountains including Die Tweeling Pieke, Jonkershoek, Simonsberg, Drakenstein and Victoria Peak which is the highest (1,590 meters). The Stellenbosch region has a Mediterranean type climate with hot and dry summers and cold and wet winters.

Stellenbosch is a beautiful town, renowned above all for its Cape Dutch architecture. The main street, Dorp Street, has been declared a national monument and contains many historic buildings. The main square (Braak) houses a small military museum, located in a VOC powder keg called VOC Kruithuis (1777). Also on the square overlook the former town hall, the Burgerhuis (1797) and the church of Mary’s on the Braak (1852).

Among the museums of the city. The Village Museum (six old houses that reconstruct the daily life of past centuries) and the Stellenryck Wine Museum, dedicated to the history of viticulture in the area, are worth a visit. Finally, the city is home to the oldest South African university that forms much of the Afrikaner elite. It has ten faculties and hosts about 25,000 students. The official language of the university is Afrikaans, the language of the descendants of the first Dutch settlers. 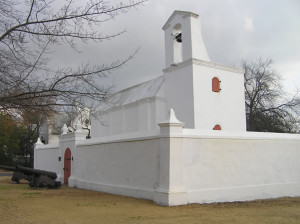 2013-12-14
admin
Previous: The climate of Rustenburg: when to go to Rustenburg
Next: Paarl: the city of the Cape Dutch style