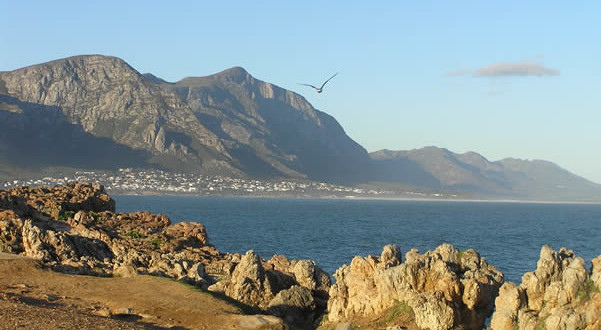 Starting from Cape Town a short itinerary of about 120 km (2 hours) to the east, along the scenic coastal road R 44 (the whale route), allows you to visit a beautiful stretch of the South African coast. And if you are in the right season, that is from August to November, to the beauty of the landscapes you can add the emotion of the sight of whales directly from the road. The itinerary crosses the towns of Strand, Gordon’s Bay, Rooiels, Hangklip, Betty’s Bay, Kleinmond. After Kleinmond take the R 43 until you reach Hermanus.

This road is one of the most spectacular and beautiful coastal roads in South Africa. It is in fact the so-called Whale Route. The road runs the length of the eastern part of False Bay to Cape Hangklip. From here on clear days it is possible to see, on the western horizon, the entire peninsula of the Cape of Good Hope. In addition, the itinerary crosses a truly magnificent landscape, with mountains and cliffs overlooking the Atlantic ocean interspersed with beautiful white sand beaches. 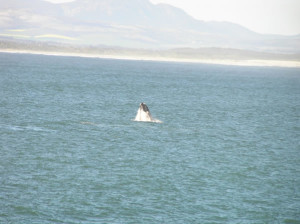 The most spectacular part of the route is the section, about 40 km long, that goes from Gordon’s Bay to Kleinmond. In this section the road crosses the Kogelberg Biosphere Reserve. This reserve occupies the entire coastal stretch between Gordon’s Bay to the Bot River vlei and extends inland to Grabouw and the Greenland mountains. The reserve, known as the “heart of the fynbos”, houses 1,600 different species of plants. In addition there are also numerous animals including leopards, antelopes, and many species of birds. The itinerary ends in Hermanus, a holiday resort and renowned center for whale watching during the southern winter.

Hermanus is a beautiful town of 48 thousand inhabitants overlooking Walker Bay and is located about 120 km from Cape Town. This coastal South African town can be reached from Cape Town via the R43 freeway. But it is preferable to reach it via the coastal scenic route R44. This road is the so-called Whale Route, which crosses beautiful landscapes of mountains that reach almost to the sea, and allows in the winter / spring months, that is between July and October, to have the thrill of seeing whales directly from the road.

Hermanus has become an important tourist center, thanks to the fact that it has been declared by the WWF among the 12 best places in the world for whale watching. The best time to see whales is between July and October, which corresponds to winter and southern spring. During this period, on certain days it is possible to spot over 50 whales in the bay of Hermanus. Bring binoculars and observe these wonderful cetaceans. 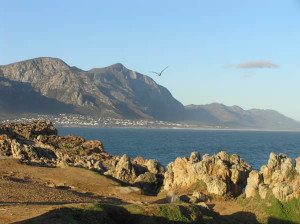 2013-12-14
admin
Previous: Paarl: the city of the Cape Dutch style
Next: Albania: a country with a rugged and mountainous territory