New Caledonia is a French territory made up of a group of islands located just north of the Tropic of Capricorn. Due to its position, New Caledonia benefits from a relatively temperate climate affected by the blowing of the trade winds and distinct in four seasons. In New Caledonia, the hot season is from December to March. In this period, in addition to high temperatures, torrential rains and strong winds can occur, and sometimes strong tropical cyclones can also occur.

The months of April and May represent a transition period for the climate of New Caledonia, during which the temperature decreases and the precipitations decrease. The cool season affects the months from June to August, in this period the minimum temperatures of the year are reached and the precipitations also decrease. During this period, disturbances of polar origin can occasionally lap the southern islands of New Caledonia, which bring rain and sometimes cool winds. 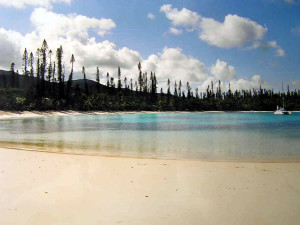 The second season of transition of the climate of New Caledonia is from September to November. This is probably the best time to visit the islands of New Caledonia. In this period the temperatures start to rise, the trade winds blow non-stop and it is the least rainy time of the year.

The water temperature of the New Caledonia sea varies from 22 ° C in the months of August and September, up to 27 ° C in February.

WHEN TO GO TO NEW CALEDONIA

As a consequence of what has been described, we can say that the best season for a trip to New Caledonia is the one that runs from September to November. But the country has a mild climate that allows visits at any time of the year. Probably to be excluded is the period from December to March due to possible tropical cyclones.

The official page of the Weather of New Caledonia. 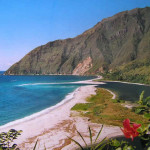 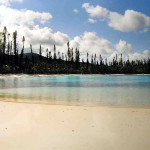