Home / Europe / Spain / The climate of Andalusia: when to go to Andalusia

The climate of Andalusia: when to go to Andalusia

Andalusia, being at a latitude between 36 ° N and 38 ° N, is one of the hottest regions in Europe. The climate of Andalusia is in fact of a temperate Mediterranean type with hot and dry summers and mild winters with irregular rains, which vary considerably according to height and exposure.

In July and August the temperatures are torrid and often reach 40 ° C. The climate on the coast is more temperate, while inland the winters are harsh and the summers torrid. Winter can be gloomy and rainy and quite cold in the mountains.

In the eastern parts of the region the climate is drier than in the western ones. The rains mostly fall in the second part of autumn and in winter, the months from October to January are the rainiest. It rains more on the mountain slopes (it also reaches values of 1,500-2,000 mm per year), while the climate is drier in the Guadalquivir valley (500-600 mm per year) and semi-desert in the coastal areas bathed by the Mediterranean sea (300 mm).

A GREAT VARIETY OF CLIMATE

Andalusia hosts at the same time, the dry Tabernas Desert in the province of Almería, which has an annual average of less than 250 mm of rain, and the Sierra de Grazalema in the province of Cadiz, one of the rainiest places in Spain, which in some areas arrive at averages varying between 2,000 and 2,500 mm of rain in a year. But the driest place in Andalusia and all of Europe is the Cabo de Gata, which receives on average about 117 mm of rain annually.

The Andalusian climate can be divided into various sub-climates:

THE CLIMATE OF ANDALUSIA: THE SUB-CONTINENTAL MEDITERRANEAN CLIMATE WITH COLD WINTERS

This type of climate affects the whole range of plateaus in the eastern and western region of Andalusia, it is part of this area, for example the city of Granada, located over 700 meters high. The climate here is affected to a lesser extent by the influences of the sea, which translates into low rainfall, the annual average varies between 300 and 600 mm with two rainy seasons, spring and autumn.

Height above sea level affects temperatures, which are quite low in winter, with frequent frosts, and high in summer, both winter and summer have a longer duration than the rest of Andalusia, while spring and autumn are rather short periods. 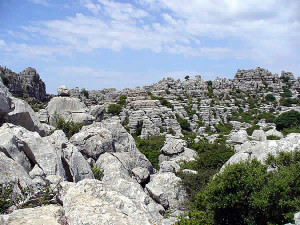 THE CLIMATE OF ANDALUSIA: THE SUB-CONTINENTAL MEDITERRANEAN CLIMATE WITH WARM WINTERS

This type of climate affects the entire Guadalquivir valley, and therefore cities such as Seville and Cordoba. In this area, rainfall occurs mainly in autumn and spring and varies between 500 and 700 mm per year. Summer temperatures are among the highest in Spain with average maximum temperatures that widely exceed 30-35 ° C.

THE CLIMATE OF ANDALUSIA: THE OCEAN MEDITERRANEAN CLIMATE OF THE ATLANTIC COAST

This type of climate affects the coastal area that overlooks the Atlantic ocean between Huelva and Gibraltar, that is, the entire area of the Costa de la Luz. In this area thanks to the oceanic influence, temperatures are milder, but humidity is higher, rainfall varies on average between 500 and 700 mm per year, but in the Sierra de Grazalema area it exceeds 2,000 mm. 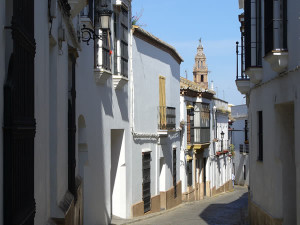 THE CLIMATE OF ANDALUSIA: THE SUB-TROPICAL MEDITERRANEAN CLIMATE

This type of climate affects the coastal area overlooking the Mediterranean Sea between Gibraltar and Adra, including the Costa del Sol and the Costa Tropical. The area has a warm and mild climate thanks to the influence of the Mediterranean, the rains are more abundant towards the west and decrease towards the east, with averages ranging between 900 and 400 mm per year.

THE CLIMATE OF ANDALUSIA: THE SUB-DESERTIC MEDITERRANEAN CLIMATE

This type of climate affects the coastal area of the Costa de Almeria, where high summer temperatures are encountered, the winters are mild and the low rainfall, on average 200-300 mm per year, is mostly concentrated in the autumn.

THE CLIMATE OF ANDALUSIA: THE MOUNTAIN CLIMATE

This type of climate affects the Sierra Nevada mountains and surrounding areas with altitudes above 2,000 meters. These areas of the country are subject to very short summers and long winters with abundant snowfall, which cover the ground from October to April, the temperatures, due to the height, are very low often below zero.

WHEN TO GO TO ANDALUSIA

The best time for a visit to Andalusia is from March to June and from September to the end of November, when temperatures are not excessively high as, instead, during the summer.

Official site of the Weather of Spain. 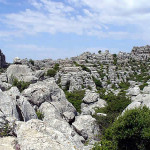 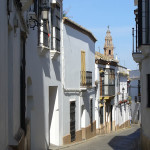 THE CLIMATE OF ANDALUSIA: CLIMATE TABLES