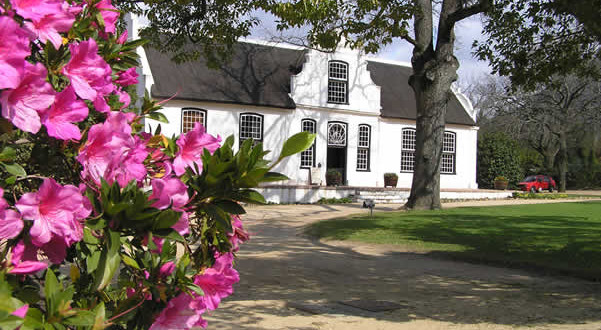 The city of Franschhoek is located in the center of the Cape Winelands, just 60 km from Cape Town. This town is surrounded by an idyllic landscape made up mainly of hills, vineyards, mountains and cultivated fields. The city is one of the oldest towns in South Africa, founded by French Huguenot immigrants in 1688. In fact, in 1685, after the revocation of the edict of Nantes, when Protestantism was banned throughout France, many families of Huguenots (about 200,000 people in total) fled France.

THE FRENCH CORNER: THE HUGUENOTS

Some of these Huguenot families took refuge in the Netherlands and 277 of them arrived with a ship in Cape Town, at that time a Dutch colony. Thanks to their work, the first vines were planted and the production of South African wine began. The Dutch government gave them lands in a valley called Olifantshoek, which was later renamed Franschoek, which means “Corner of the French”. The town still preserves its French character and its architecture is purely in the Cape Dutch style. 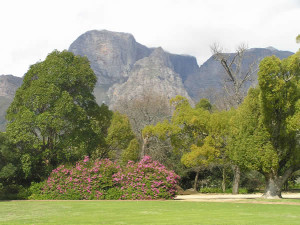 Most of the Huguenot immigrants were expert winemakers and this brought a rapid impulse in the cultivation of vines in South Africa. All types of classic vine cultivation are adopted in the Franschoek vineyards. In fact, superb white wines such as Sauvignon Blanc, Chardonnay, Semillon and Chenin Blanc are produced here, as well as rich red wines such as Cabernet Sauvignon, Shiraz, Pinot Noir and Merlot.

Today thanks to its past and its excellent wines, Franschoek is an important tourist center, with artists’ ateliers, farms for wine tasting, antique shops and excellent restaurants.

The town is full of houses in the Cape Dutch colonial style, houses a monument dedicated to the Huguenots and is immersed in a suggestive landscape of mountains and vineyards. Franschhoek is today renowned above all for being the capital of food and wine of South Africa. 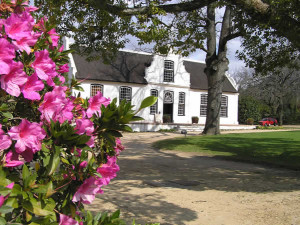 2015-05-19
admin
Previous: Tasmania: the great Australian island
Next: The climate of Andalusia: when to go to Andalusia