Southern Italy is largely characterized by the typical Mediterranean climate made up of mild and rainy winters and hot and dry summers. Only along the Apennine mountains does the climate of southern Italy become continental. To become a mountain climate on the highest peaks with cold and snowy winters and mild summers.

The least rainy areas of southern Italy are the southern coasts of Sicily and Sardinia, where values of less than 300 mm per year are recorded. Generally, however, the rainfall is around 500/600 mm per year which are usually concentrated between autumn, winter and spring. Snow is present during the winter on the whole Apennine chain normally at altitudes above 1,500 meters.

WHEN TO GO IN THE SOUTHERN ITALY

Due to the mild climate of southern Italy, a trip to southern Italy is easily practicable at any time of the year. By far the best time of the year are the intermediate seasons, that is, spring and autumn. The best months are between April and June and between September and October. While the central months of summer are excellent for those who want to stay by the sea.

The climate of Rome.

The climate of Sardinia. 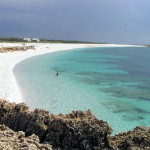 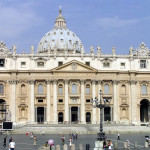