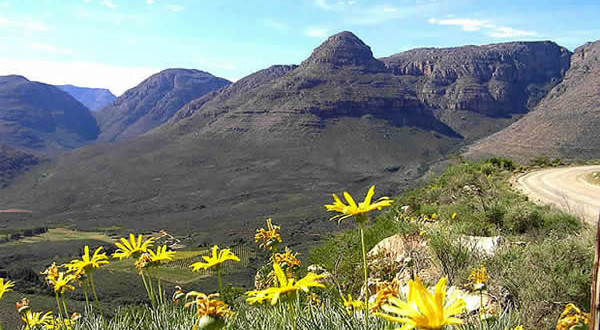 South Africa (Republic of South Africa/Republiek van Suid-Afrika) is a republic in Southern Africa, washed by the waters of the Atlantic Ocean to the west and by those of the Indian Ocean to the east. To the north it borders with Botswana, to the northwest with Namibia, to north-east with Zimbabwe, Mozambique and Swaziland. Lesotho as an enclave is entirely surrounded by South African territory.

The country has three capital cities: Cape Town as the legislative capital, Pretoria as the administrative capital and Bloemfontein as the judicial capital. South Africa occupies the extreme southern part of the African continent. Cape Agulhas (34° 49′ 58″ south latitude and 20° 00′ 12” east longitude) is the most southern point of the continent.

A SERIES OF HIGHLANDS

The territory of the country is largely made up of highlands called Veld. They occupy two-thirds of the nation and are divided into three main areas. Depending on their altitude they are called Highveld, Middle Veld and Bushveld/Lowveld. The Bushveld occupies the north-east section of the country. It is an area of savannah, which descends gradually to the Limpopo River and the border with Botswana.

To the south-west of the Bushveld is the plateau of the Witwatersrand with an average height of 600 metres. It has the largest deposits of gold in the world. The Middle Veld occupies the western section of the plateau. Towards the Kalahari it presents heights of less than 1.000 metres.

The Highveld area is the largest of the three with an average height of 1.500 meters. It consists of mild undulations around the plateau. Towards the coast there is a raised edge called the Great Escarpment, which rises on the east side to form the chain of the 1.1000 km long Drakensberg. The maximum height is reached in the territory of Lesotho by Mount Thabana Ntlenyana with 3.482 metres. But the highest peak in the Republic of South Africa is Mount Njesuthi with 3.408 metres.

Beyond the Great Escarpment there is the alluvial coastal plain called Lowveld. Only in the area of the Cape Peninsula the mountains are directly bordering on the sea, forming a succession of coastal headlands with cliffs. Beyond these mountains and the Great Escarpment extend the semi-desert basins of the Great and Little Karoo, which occupy the center of the country. Among the rivers the Orange with a length of 1.860 km is the longest in South Africa. It has its source in the Lesotho Highlands and crosses the Veld to finally flow in the Atlantic Ocean on the border with Namibia. Other important rivers of the country are the Vaal, the most important tributary of the Orange, and the 1.600 km long Limpopo, which marks the border with Botswana and Zimbabwe, flowing into the Indian Ocean in Mozambique. 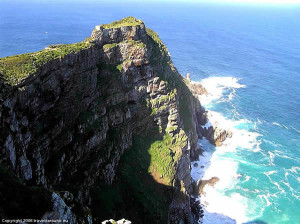 THE ECONOMY OF SOUTH AFRICA

The South African economy is the most important and best developed one of the African continent. It produces more than a quarter of the income of the whole continent. The country is rich in mineral resources: It is the world’s leading extractor of platinum, gold and cromite. Mining is realized for gold, diamonds, coal, nickel, platinum, uranium, manganese, copper, chromium, vanadium, titanium, asbestos, fluorite, tin and iron. Very important is also the industry. The main industrial centres of the country are Cape Town, Johannesburg, Durban and Port Elizabeth. Among the major manufacturing activities the production of steel and the petrochemical, chemical and textile industry and the processing of agricultural products are worth mentioning. Thanks to the many national parks and the beauty of the landscapes of the country the tourism business becomes more and more important.

The climate of South Africa. 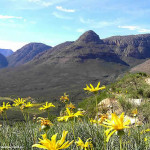 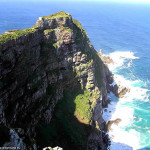 2013-12-13
admin
Previous: The climate of Zimbabwe: when to go to Zimbabwe
Next: South Africa tourist attractions: what to see in South Africa