Home / Europe / Norway / The climate of the Lofoten: when to go to the Lofoten 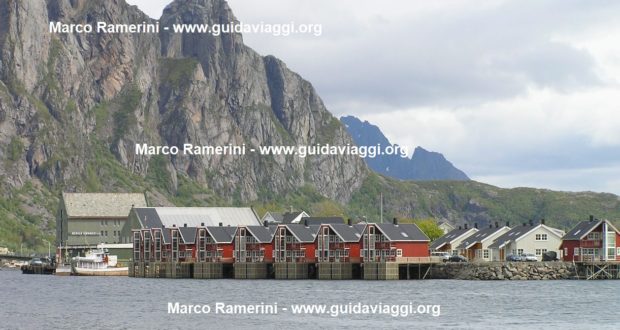 The Lofoten islands have a much milder climate than that found in other regions of the Earth located at the same latitude, this is due to the Gulf Stream and its ramifications that reach Lofoten: the North Atlantic Current and the Norwegian Current.

Thanks to the influence of these warm currents, the Lofoten islands have a mild climate in relation to their position north of the Arctic Circle. However, climatic conditions can change very quickly, so it is always good to be ready for any type of climate and temperature. Strong winds can be present in the autumn and winter months, fog is a meteorological event typical of the islands.

The rainiest period is from September to December, the month with the most rain is that of October, while the driest months are those between April and June. In Lofoten islands, on average, about 700/800 mm of rain fall in a year, which in the winter months are mostly in the form of snow.

WHEN TO GO TO LOFOTEN ISLANDS

The best months for a trip to the Lofoten islands are undoubtedly those of spring and summer, between May / June to August, these months are characterized by mild temperatures, low rains and long days of light, between late May and mid-July you can admire the phenomenon of the Midnight Sun, during this period the Sun never drops below the horizon. If instead you want to try to admire the wonderful lights of the Northern Lights the suitable period is winter, but they are generally visible between September and April.

THE CLIMATE OF THE LOFOTEN ISLANDS: CLIMATE TABLES

Booking.com
2020-03-20
admin
Previous: Lofoten islands: mountains emerging from the sea
Next: How to get to Poland: flights, trains, buses