Home / Oceania / Fiji / The climate of the Fiji Islands: when to go to Fiji 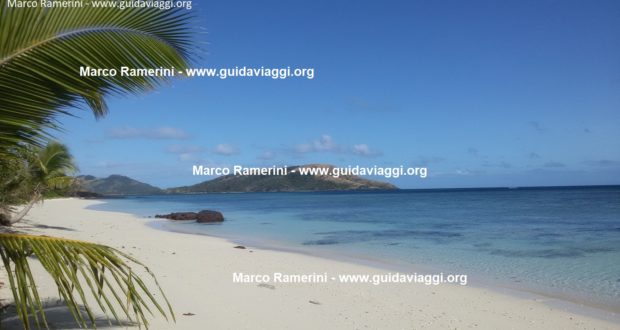 Fiji has a warm and humid tropical maritime climate mitigated by the trade winds. Rainfall is frequent especially between November and April, and is generally higher on the eastern and south-eastern slopes, more exposed to the trade winds.

Most of the rain falls in the form of short but intense rainfall, which often occurs in the afternoon. The average annual rainfall in the driest regions reaches 2,000 mm. While in the more humid regions it varies from a minimum of 3,000 mm, in coastal areas, up to a maximum of 6,000 mm in the interior. The rainiest month is usually March, while the driest month is July.

Tropical cyclones in the climate of the Fiji Islands are generally possible in the months between November and April. In particular, the months of January and February are those most likely to have cyclones. While the most exposed islands are the groups of islands located in the north-western sector.

The temperatures of the Fiji islands are very uniform with small seasonal variations, the average temperatures vary by only 2 ° C / 6 ° C between the cooler months (July, August) and the warmer ones (January, February).

WHEN TO GO TO FIJI

The best time for a trip to Fiji are the months between April and November.

THE CLIMATE OF THE FIJI: CLIMATE TABLES