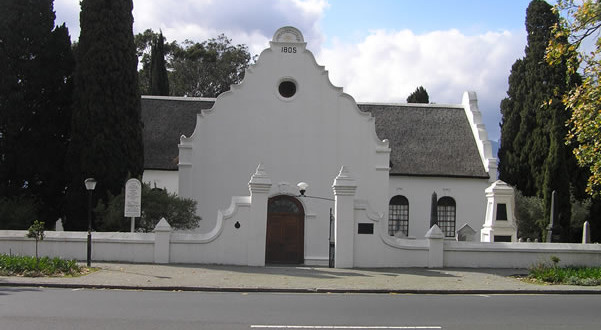 Paarl is a beautiful South African city of over 110,000 inhabitants, located in the Cape Winelands at a height of 120 meters. The city is located on the west bank of the Berg River, about 60 km north-east of Cape Town. Paarl, which is located in the most renowned wine area of the country, is one of the oldest cities in South Africa (the third after Cape Town and Stellenbosch). Paarl was founded at the end of the 17th century by the Dutch, who began to plant vegetable gardens and vineyards in the fertile soil of the valley.

The name of the city, which means “Pearl” in Dutch, seems to derive from the three characteristic round rock formations that dominate it. The story goes that in 1657 they were seen to shine like pearls in the light of the Sun after a shower, by the first Dutch explorer, Abraham Gabemma.

Paarl, is full of historic buildings, and is renowned for its ancient history, for the beauty of the landscape and for the excellent wine produced there. Many of the historic buildings are located on Paarl’s main street, the Hoofstraat. In its 2 km length it is possible to admire Cape Dutch, Victorian, Edwardian and Art Deco buildings. Among others we find the Strooidakkerk from 1805, one of the oldest churches in South Africa still in use today, and the Gestichtkerk, another ancient church. 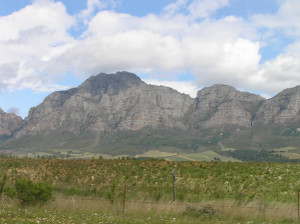 In Zeederberg Square you will find picturesque Cape Dutch, Victorian and Georgian buildings. In a Georgian house there is the Afrikaans Language Museum, a museum dedicated to the history of the Afrikaans language. The Oude Pastorie (the old rectory) built in 1787, today houses the seat of the historical museum of the city (Paarl Museum). Toringkerk is a 19th century church with a 57 meter high bell tower.

On the slopes of the mountain of Paarl there is the monument to the Afrikaans language (Afrikaanse Taalmonument) erected in 1975. The economy of the city is based on agriculture and viticulture. A large variety of vines are grown in Paarl, among which Cabernet Sauvignon, Pinotage, Chardonnay, Chenin Blanc and Sauvignon blanc are the most prized.

CLIMATE: WHEN TO GO TO PAARL

The climate of Paarl and the Winelands area is characterized by a pleasant Mediterranean climate with well-defined seasons. The winter from May to September is the wettest period and has average maximum temperatures between 22 ° C and 18 ° C, while the minimum averages vary between 9 ° C and 6 ° C. The summer from November to March is hot, dry and sometimes windy with average maximum temperatures ranging between 31 ° C and 27 ° C and average minimum between 12 ° C and 16 ° C. The annual average rainfall is around 650 mm.

THE CLIMATE OF PAARL: CLIMATE TABLES 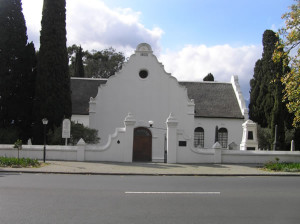