Home / Europe / Italy / The climate of Sardinia: when to go to Sardinia 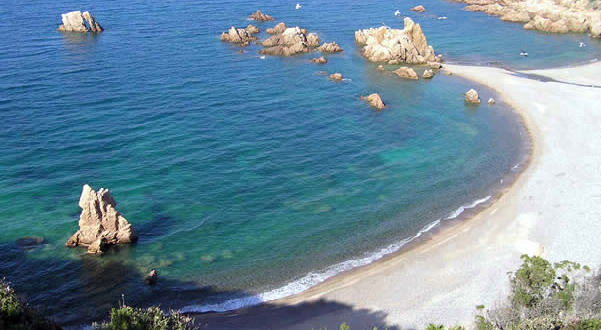 The climate in Sardinia is typically Mediterranean with mild temperatures throughout the year, winters are short-lived. During the cold season, prevailing mild and wet winds, as mistral blowing from the north-west, while in spring and summer, the prevailing winds are from Africa, bringing warm and dry climate.

The northwest of the region is rainy, while the climate in the south is very dry. The months between October and February are the rainy season, while the driest months are July and August. It rains irregularly throughout the rest of the year, the average amount of annual rainfall varies from 450 to 600 mm.

WHEN TO GO TO SARDINIA

The best time to visit Sardinia are the months from April to June, from Easter, the entire island is in bloom, the colors of the landscape enrich of yellow broom and mimosa trees, the fragrant blue lavender blends with the wild bushes of white and purple cysts, the purple orchids fill the paths, the red poppies began to dye the yellow wheat fields, and the landscape shows its summer colors. 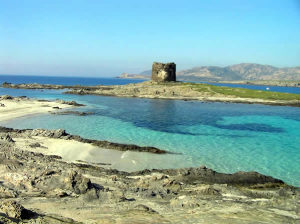 Along the beaches of southern Sardinia, you can start to swim very early in the year. In fact, the swimming season lasts from May to October. September and October are also good months for tourists. The high season is from July to August, during which time the thermometer often reaches or exceeds 38 ° C, but higher temperatures are bearable thanks to the pleasant sea breezes and winds that are often present on the island. 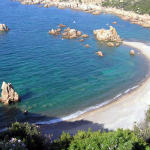 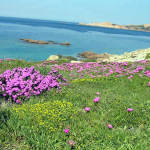 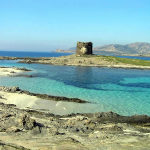 THE CLIMATE OF SARDINIA: CLIMATE TABLES