Home / Europe / Italy / Venice: a spectacular city on the water 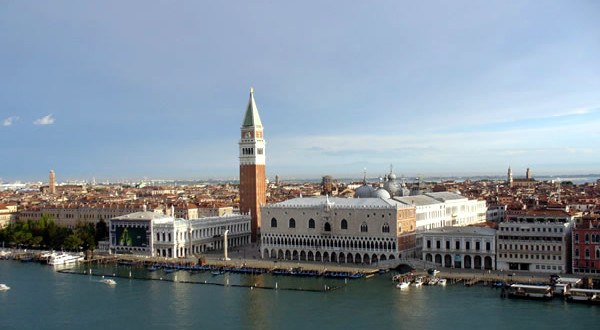 Venice is a historic and splendid city of almost three hundred thousand inhabitants, which with the metropolitan area reaches about 1.6 million inhabitants. The city is the capital of the Veneto region in northeastern Italy. The Republic of Venice was an important seafaring power, as well as an important trading center (especially the spice trade) and one of the main centers of art during the Renaissance.

The city is spread over 118 islands intersected by 150 canals and connected by over 400 bridges, helping to create a unique environment. Venice is made up of 6 districts called sestieri.

The richness of the architecture, the uniqueness of the city and the numerous cultural events that combine here make Venice one of the most beautiful cities in the world. UNESCO included the city and its lagoon on the World Heritage List in 1987.

Public transport: Venice is a city of rivers, here the only means of locomotion are ferries and gondolas, there are no cars. The historic center of the city is completely pedestrian and it is fun to get lost in the streets and bridges that cross the numerous canals.

Each island can be reached with the ferries of the city, the most used are those that lead to the Lido of Venice, where the famous Casino (Venice Casino) is located.

WHAT TO SEE: THE MAIN ATTRACTIONS OF VENICE

The Grand Canal is the main waterway of the city. This canal is flanked by Renaissance buildings, and is full of gondolas and vaporetti.

Piazza San Marco, the most famous square in the city, is located in the heart of the historic center. The square is dominated by the Basilica of San Marco, a masterpiece of Byzantine architecture. Nearby is the Palazzo Ducale, residence of the Doges.

The Basilica of San Marco is a beautiful church that mixes the architectural styles of East and West in its architecture. The most precious relic in the Basilica is the Pala d’Oro, a Venetian-Byzantine relief in gold adorned with precious stones. Take the lift to the top of the famous Basilca brick bell tower, the bell tower of San Marco, for a spectacular view of the city.

Among the attractions of Venice, the Doge’s Palace (Palazzo dei Dogi), seat of the Senate of the Republic. The Rialto Bridge built in 1588 has long been the center of trade in Venice, where there are shops and goldsmiths.

The most important art gallery in Venice is the Accademia Gallery which has its seat in a deconsecrated church. The Accademia Gallery contains masterpieces of Venetian painting until the 18th century. There are masterpieces by Canaletto, Giorgione, Mantegna, Antonello da Messina, Giambattista Tiepolo, Tintoretto, Tiziano, Veronese, Vasari, Leonardo da Vinci. The Peggy Guggenheim Collection brings together a vast collection of modern art.

The Film Festival (held on the Lido of Venice, every year in late August or early September) and Carnival (Carnival starts about two weeks before Ash Wednesday and ends on Shrove Tuesday, the day before Ash Wednesday) are the main events and shows of the year.

The climate of Venice.

Booking.com
2020-03-15
admin
Previous: Florence: the cradle of Humanism and the Renaissance
Next: Flights to Florence: Florence Peretola Airport