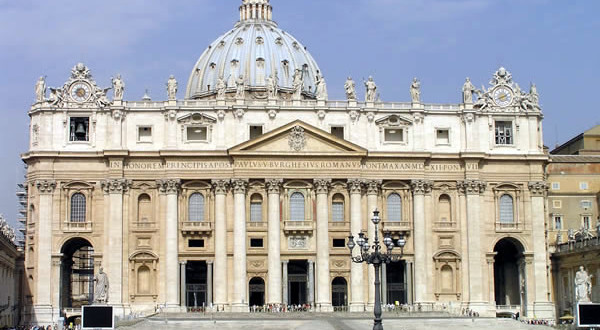 Rome is the capital of Italy, but it is also the capital of faith and culture. This city in fact represents the birthplace of western civilization, where past and present meet together. Capital of an immense empire that dominated over much of Europe, the Middle East and north Africa two thousand years ago.

The city resembles a vast open-air museum. It was founded over 2,700 years ago. No other city in the world can rival history with the Eternal City. Monumental buildings such as the Pantheon and the Colosseum are reminiscent of the grandeur of imperial Rome.

But today the city also has many attractions from the Renaissance period when numerous churches, palaces and squares were built under the aegis of the popes. The most famous of these is the largest church in the world: the Basilica of San Pietro.

The historic center of Rome, the assets of the Holy See in the city and San Paolo Fuori le Mura have been included by UNESCO in the list of world heritage sites since 1980. In 1984, Vatican City was also included in the UNESCO list. In 1990 UNESCO extended the UNESCO site of the historic center of Rome to the walls of Urban VIII. Also including some of the major buildings of antiquity such as the Forums, the Mausoleum of Augustus, the Mausoleum of Hadrian, the Pantheon, the columns of Trajan and Marcus Aurelius, and many public and religious buildings of papal Rome. An enclave of Rome is the state of Vatican City, the sovereign territory of the Holy See.

WHAT TO SEE: THE MAIN ATTRACTIONS OF ROME

For many centuries, the Romans controlled all of Western Europe, as well as the whole area surrounding the Mediterranean Sea and part of the Middle East. Today Rome is the capital of Italy and the largest city in the country. Rome has a population of almost three million inhabitants, with over 4 million people living in the metropolitan area.

Vatican City, a sovereign enclave within Rome, is the seat of the Roman Catholic Church and the residence of the pope. The historic center of Rome is identified within the limits of the ancient imperial walls.

The historic center of the city contains the highest concentration of Roman antiquities and Christian places in the world. But almost every palace, every square and park has its own history that goes from the Etruscan era to the Baroque. The historic center of the city was built on the traditional “Seven Hills of Rome”: Capitoline, Palatine, Viminale, Quirinale, Esquilino, Celio, and Aventino.

The Colosseum is one of the symbols of Rome and is the largest amphitheater ever built in the Roman Empire. The other symbol of Rome is the St. Peter’s Square with the St. Peter’s Basilica. The square was built by Gianlorenzo Bernini between 1656 and 1667, and is surrounded by an elliptical colonnade with two pairs of Doric columns.

The dome was designed in 1546 by the Florentine Michelangelo Buonarroti and redesigned and completed by Giacomo della Porta in 1590. Inside the church there is the statue of Michelangelo’s Pietà. Above the main altar is the 20-meter high canopy designed by Bernini between 1624 and 1632, below is the tomb of San Pietro. In the Vatican City there are also the prestigious Vatican Library, the Vatican Museums with the Sistine Chapel, the Raphael Rooms and other important masterpieces by Leonardo Da Vinci, Raphael, Giotto, and Botticelli.

THE FORUM: THE CENTER OF IMPERIAL ROME

Very important are also other monuments of ancient Rome such as the Roman Forum, the Domus Aurea, the Pantheon, the Trajan’s Column, the Trajan’s Market, the Catacombs of Rome, the Circus Maximus, the Baths of Caracalla, the Arch of Constantino, the Pyramid of Cestius. The Via Appia Antica was the most important of the Roman consular roads, and lined with cypresses and pine trees. The road is very suggestive, particularly where it still has the original paving pavement. Along the way there are numerous remains of buildings from the imperial era.

Other important basilicas of Rome are: San Giovanni in Laterano, Santa Maria Maggiore and San Paolo Fuori le Mura. Castel Sant’Angelo the ancient mausoleum of Emperor Hadrian which was later used as a fortress and castle is now a museum. In addition, Rome was also an important center of the Renaissance, the most important work of Renaissance architecture in the city is the Piazza del Campidoglio designed by Michelangelo.

Finally, the list of the most important museums and galleries in Rome includes: the National Museum of Rome, the Museum of Roman Civilization, the National Etruscan Museum of Villa Giulia, the Capitoline Museums, the Borghese Gallery, the Museum of Castel Sant’Angelo, the National Gallery of Modern Art. The Vatican Museums present a unique art collection in the world, the magnificent rooms frescoed by Raphael are among the museum’s masterpieces, the Sistine Chapel is the main attraction of the museum, whose masterpiece is Michelangelo’s famous universal judgment.

In the city there are three metro lines also called Roma Metro, they reach a total length of 70 km, the three lines, A, B and C, cross at the Roma Termini station. The Metro is part of an extensive public transport system also composed of a tram network, and suburban and urban bus networks, in addition an express line connects the city to Fiumicino airport.

The climate of Rome.

2020-03-07
admin
Previous: Milan: the industrial and financial capital of Italy
Next: The Colosseum: the largest amphitheater in the world