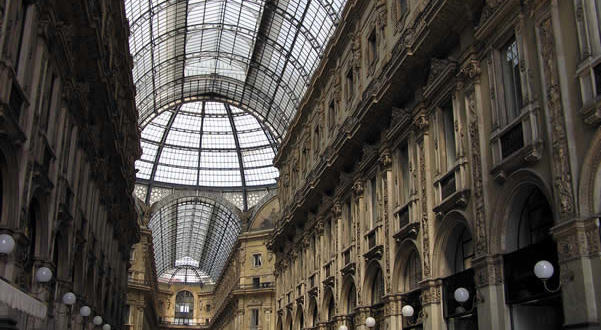 Founded by the Insubri Celts (probably in 396 BC), it was temporarily occupied by the Romans in 222 BC. and then definitively annexed in 196 BC. In the imperial era the city experienced a rapid development. This made the city very important. At the beginning of the 4th century Milan became the seat of the emperor. Repeatedly sacked during the barbarian invasions, the city lost its role of capital, first for Ravenna, then for Pavia.

THE MIDDLE AGES AND THE RENAISSANCE

In the twelfth century Milan became a free municipality. It was then in 1162 that Federico I Barbarossa razed Milan to the ground. In 1311 the Visconti began to govern Milan with the title of imperial vicars (dukes from 1395, with Gian Galeazzo). Then in the following centuries, XIV and XV centuries, Milan extended its dominion over most of the regions of northern Italy, up to the Ligurian Sea and the borders of Tuscany.

After the death of Filippo Maria Visconti who left no heirs, the struggle for the succession was won by Francesco Sforza. The lordship of the Sforza family will continue until 1535. This was above all a period of peace and economic and cultural prosperity for the city. In 1540 Milan passed under Spanish rule.

In 1713, after the Spanish succession war, the city came under the control of Austria. During this period Milan experienced a rapid recovery, favored by the reforms of Maria Teresa of Austria, by the presence of active leadership, and by the vitality of its cultural centers. In the new united Italy (1859), Milan became the economic capital of the country.

WHAT TO SEE: THE MAIN ATTRACTIONS OF MILAN

The historical attractions of the city are contained between the Castello Sforzesco, Piazza Cairoli, Piazza Cordusio, Piazza Duomo and Piazza San Babila. The Duomo, in Gothic style (late 14th – 19th century), is one of the largest Gothic cathedrals in the world. The church has five naves and has a cross plan and can hold about 40,000 faithful.

On the northern side of the Piazza del Duomo is the Galleria Vittorio Emanuele II. This is a double arch covered gallery that connects Piazza del Duomo to Piazza della Scala, it is among the most beautiful shopping centers in Italy. The famous Teatro alla Scala (La Scala) is one of the most famous theaters in the world.

The Sforzesco Castle built in the fifteenth century is one of the most beautiful monuments in Milan, the castle contains three museums: the Museum of Applied Arts, the Archaeological Museum and the Museum of Historical Art (Museo d’Arte Antica del Castello Sforzesco). In the last museum is the famous Pietà Rondanini, the last work of Michelangelo and some paintings by Mantegna, Bellini, Leonardo da Vinci and Fra Filippo Lippi.

The Dominican church and convent of Santa Maria delle Grazie is home to one of Leonardo da Vinci’s most famous paintings, Leonardo’s Last Supper (Ultima Cena di Leonardo) which has been included in the UNESCO World Heritage List since 1980.

Other attractions are the Basilica of Sant’Ambrogio, the early Christian Basilica of San Lorenzo, the Ambrosiana Library and the Pinacoteca Ambrosiana, the Pinacoteca di Brera (Academy of Fine Arts of Brera), the National Museum of Science and Technology “Leonardo da Vinci “, the Civic Gallery of Modern Art, with works by Picasso, Matisse, Renoir, Gauguin and Cézanne.

The climate of Milan.

2020-03-07
admin
Previous: Bend of Boyne: the megalithic mounds of Ireland
Next: Rome: capital of an immense empire