Home / Europe / Italy / Sardinia: the island with the most beautiful sea in Italy 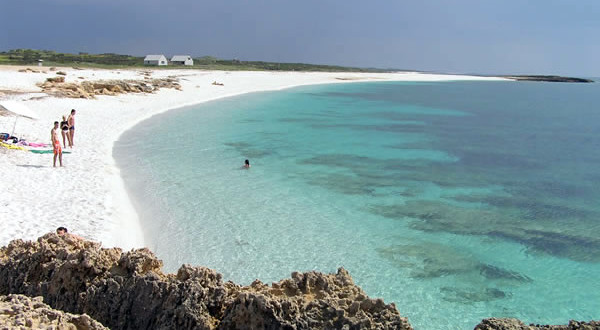 Sardinia is the second largest island (24,090 sq km) in the Mediterranean Sea after Sicily. It is located between Italy, Spain, and Tunisia, south of Corsica. The population of the island is around 1,650,000 inhabitants.

Sardinia with around 1,900 kilometers of coastline is one of the most famous and popular seaside destinations for sea lovers. The island is particularly famous for its splendid sea and beaches. The coasts are jagged and rocky, interspersed with wonderful beaches of fine sand and countless inlets.

The coasts of Sardinia are a succession of white sandy beaches alternating with rocky areas always lapped by a crystalline sea that has nothing to envy to the tropical seas. Tourism is one of the most important economic activities on the island.

Sardinia is also interesting for its history, its traditions and its cuisine. There are archaeological remains from the Nuragic, Phoenician and Roman eras, Romanesque churches, castles and control towers along its coast.

WHAT TO SEE: THE MAIN ATTRACTIONS OF SARDINIA

The tourist who visits Sardinia has many things to admire: wonderful beaches, clear waters, ancient fortress cities, prehistoric ruins and tourist resorts. The coast of Sardinia is sublime, the beaches are the main and most obvious attraction of Sardinia. While the interior of the island is mountainous and is excellent for trekking and sightseeing.

Very ancient and characteristic remains of prehistoric and protohistoric eras are the megaliths called “Tombs of the Giants” visible in Arzachena (Li Lolghi and Lu Coddhu Ecchju) and in Dorgali (S’Ena and Thomes), the “domus dejanas” (houses of the witches), the tombs carved in the rock like those of Corongiu, Sant’Andrea Priu and Filigosa, and the famous “nuraghi”.

On the island there are famous and mysterious prehistoric buildings called “nuraghi”, which probably must have been ancient fortified villages. There are over 7,000 structures of this type throughout Sardinia. The most interesting are those of Barumini (Su Nuraxi di Barumini, a UNESCO World Heritage Site since 1997), Abbasanta (Nuraghe Losa), Dorgali (Serra Orrios), Torralba (Nuraghe Santu Antine) and Orroli (Nuraghe Arrubiu).

The early Christian period is represented by the church of San Giovanni di Sinis (6th century). From the 11th century the Giudicati appeared, this was also a period of rise of Sardinian culture, religion and art. As shown by the magnificent Romanesque churches built from the tenth century with their paintings and splendid architecture.

A SERIES OF CHURCHES IN TYPICAL STYLES OF THE ISLAND

Starting in the 10th century and in the following 200 years, about 70 churches were built all over the island, most of them were built in the countryside away from urban centers. The most interesting religious buildings are those of the church of Santa Trinità di Saccargia, or those of San Gavino in Porto Torres, Our Lady of Tergu, Santa Maria in Ardara, the cathedral of Santa Giusta in Santa Giusta, Santa Maria a Trattalias, Sant’ Antioco di Bisarcio, San Pietro a Sorres, San Pietro a Zuri, Santa Maria a Uta, San Simplicio in Olbia and San Lorenzo a Silanus.

The island contains numerous extraordinary tourist areas, including the Costa Smeralda, the Maddalena Archipelago, the area of the Gulf of Orosei and Gennargentu, the Costa Rei, the Sinis, the Asinara island, and the Costa Verde .

The climate of Sardinia.