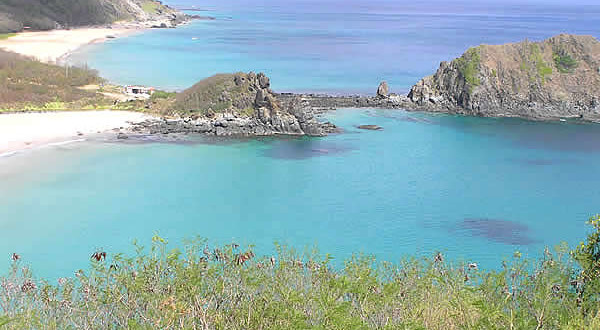 BRAZIL IN THE WORLD: ITS POSITION

Brazil (República Federativa do Brasil/Federative Republic of Brazil) is a federal presidential republic. Situated roughly between the equator and the Tropic of Capricorn the country is washed to the east by the Atlantic Ocean and bordered to the north by Venezuela, Guyana, Suriname and French Guyana, to the west by Colombia, Peru and Bolivia and to the south by Paraguay, Argentina and Uruguay. Numerous archipelagos are part of the Brazilian territory, such as Penedos de São Pedro e São Paulo, Fernando de Noronha, Trindade and Martim Vaz and Atol das Rocas. Brazil is the largest and most populous nation of the South American subcontinent, It is the fifth largest country of the world (after Russia, Canada, China and the United States).

THE CITIES OF BRAZIL

The capital of Brazil, Brasilia, is located in the interior of the country on the Goiás plateau at a height of 1,150 meters. In addition to the capital the most important cities of Brazil are São Paulo – a vast metropolis being the most populous city of the country and of entire South America -, Rio de Janeiro, one of the main ports of the country; Porto Alegre, Salvador, Belém, São Luís do Maranhão, Recife, Curitiba, Fortaleza, Manaus and Belo Horizonte.

THE GEOGRAPHY OF BRAZIL

The territory of Brazil is formed by two large natural regions. Towards the north lies the Amazon lowland, corresponding to the basin of the Amazon River, which comprises about two-thirds of the surface of the country, covered by a dense and impenetrable rainforest. To the north of the Amazon basin are the reliefs of the massifs of Guyana and Serra do Imeri, the latter one along the border with Venezuela with the highest mountain of Brazil: Pico da Neblina with 2,994 metres.

In the eastern part of the country is the Sertão, an area of arid highlands, which extend over various states in the north-east of Brazil: Bahia, Sergipe, Alagoas, Pernambuco, Paraiba, Rio Grande do Norte, Ceara, Piaui and the northern part of the state of Minas Gerais. On the other hand in the central and eastern part of Brazil there are a series of vast plateaus, whose heights vary from 700 to 1.200 metres.

To the east is a plateau cut by deep valleys and with some mountain ranges such as the Chapada Diamantina, the Serra do Espinhaço, the Serra of Mantiqueira and the Serra do Mar with peaks not exceeding 3,000 meters like Pico da Bandeira with 2,890 meters and Agulhas Negras with 2,787 meters.

In the central area is the vast plateau of Mato Grosso consisting of vast grasslands and large wooded areas, which slope towards the Amazon lowland. In the west of Mato Grosso lies the Pantanal, the largest wetland of the world, a vast alluvial plain covering 150,000 sq km on the border with Bolivia and Paraguay.

THE RIVERS OF BRAZIL

Much of the Brazilian territory is included in the basins of the Amazon and the Rio de la Plata-Paraná rivers. The most important river is the Amazon with a length of 6,400 km, thus worldwide ranking second after the Nile. It flows after crossing the Amazon rainforest from west to east into the Atlantic Ocean. Its river basin with 7,050,000 sq km is the largest of the world and occupies the territory of five countries: Brazil, Peru, Bolivia, Colombia and Ecuador. Also very important are its numerous tributaries such as the Rio Negro, the Japurá, the Putomayo, the Purus, the Madeira, the Tapajós, the Xingu and the Tocantins.

Among other rivers in the country are the Paraná, the São Francisco and the Parnaíba. Along the border with Argentina are the biggest waterfalls of the world, the Iguaçu falls, with more than 270 waterfalls, which drop from various heights. The maximum height is 90 meters on a front of about 3 km.

THE ECONOMY OF BRAZIL: AGRICULTURE

THE ECONOMY OF BRAZIL: MINING RESOURCES

The country is also very rich in mineral resources. The country is one of the first producers of the world regarding the extraction of iron, rock crystal, chromium, mica, tin, zirconium and beryl. Notable is the production of gold, manganese, diamonds, precious stones like marine waters, amethysts and topazes and furthermore of magnesite, cassiterite, bauxite, nickel, uranium, titanium, asbestos, phosphates, tungsten, manganese and tin.

THE ECONOMY OF BRAZIL: FORESTRY RESOURCES

A huge resource is forestry. Brazil is among the top timber producers of the world. There are produced large amounts of precious wood such as cedar, pine and rosewood in Paraná. Forests also produce rubber (Hevea brasiliensis), wax of carnauba, medicinal plants, vegetable oils and resins.

THE ECONOMY OF BRAZIL: FISHING AND BREEDING

Very important is the fishing industry, mainly for prawns, lobsters and sardines. The farming has spread to almost all regions of the country, but it is particularly important in states of the south. Remarkable is the quantity of cattle, ranking among the first regarding the number of animals. The breeding of sheep, goats, horses, pigs and poultry is also important. Among livestock products are meat, wool and milk.

THE ECONOMY OF BRAZIL: ENERGY

THE ECONOMY OF BRAZIL: INDUSTRY

Brazil has recently experienced a rapid industrial growth, which has led to a considerable development of the mining and quarrying sector connected to the steel industry. Important is also the mechanical industry like cars, aircraft and agricultural machinery. Various branches are linked to meat processing, textile and tobacco industries. The industry has its greatest concentration in the south-east of the country, particularly in the states of São Paulo, Rio de Janeiro, Belo Horizonte and Porto Alegre.

THE ECONOMY OF BRAZIL: TOURISM

In conclusion, tourism is also increasingly important thanks to the natural (Amazonia, Iguaçu Falls, Fernando de Noronha) and historical (colonial towns) beauties of the country.

Official page of the Government of Brazil.

Paraná: a territory of waterfalls and highlands

The climate of Paraná: when to go in Paraná

The state of Rio de Janeiro: tropical beaches and mountains

The climate of the state of Rio de Janeiro: when to go

The climate of Piauí: when to go to Piauí

The climate of Pernambuco: when to go to Pernambuco

The climate of Rio Grande do Norte: when to go

The climate of Rio Grande do Sul: when to go

The climate of Sergipe: when to go to Sergipe

The climate of the State of São Paulo: when to go

The climate of Paraíba: when to go to Paraíba

The climate of Alagoas: when to go to Alagoas

Acre: the westernmost state of Brazil

The climate of Acre: when to go to Acre

Tourist attractions of Bahia: what to see in Bahia

The climate of Bahia: when to go to Bahia

The climate of Chapada Diamantina: when to go

Chapada Diamantina attractions: what to see

Ceará: between wild beaches and dunes

The climate of Ceará: when to go to Ceará

The climate of Maranhão: when to go in Maranhão

The climate of Mato Grosso do Sul: when to go

Carnival of Brazil: the most popular festival in the country

The climate of Cuiabá: when to go to Cuiabá

The climate of Curitiba: when to go to Curitiba 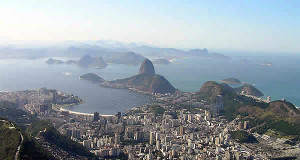 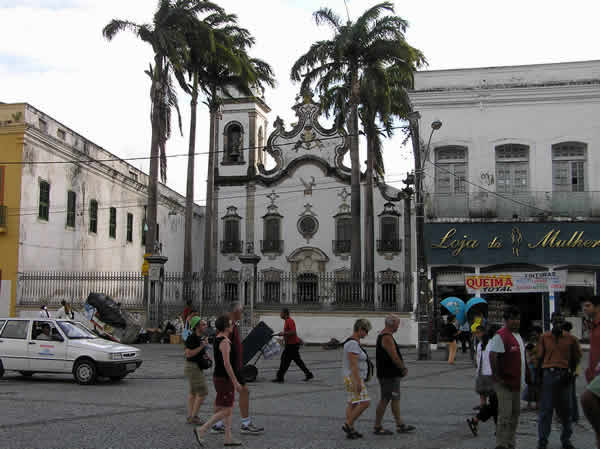 The city of Recife has a tropical maritime climate with slight variations ...