Rent a car is the best way to visit the United States of America. In fact, the country with its excellent roads and excellent services and infrastructures made available to motorists is ideal for a holiday by car. The American road network is modern and a car trip to the United States is a pleasant experience. The car also allows the autonomous visit of the natural wonders of the country otherwise difficult to reach by other means.

There are many companies that rent cars in the United States and their representative desks are located in all airports, in many railway stations and even in the country’s large hotels. It is always advisable to book your car well in advance in order to have it ready on the day of your arrival at the airport. Normally to book and rent a car I use the Rentalcars car rental site which allows you to cancel your reservation without charge.

INSURANCE AND DOCUMENTS REQUIRED TO DRIVE IN THE UNITED STATES

To drive a rented car you need to have an international driving license. It is always advisable to rent a car with unlimited mileage. When booking, you must also purchase insurance. Among the recommended insurances in addition to the standard ones, it is often convenient to also include the body damage insurance (CDW, Collision Damage Waiwer) and, if you do not already have one, the medical insurance, which covers the costs of hospitalization and medical assistance (PAI, Personal Accident Insurance).

In the United States, all cars, including rental cars, have automatic transmissions. It takes just a few minutes to get used to driving, which is much more relaxed and fluid than manual gearboxes. Almost all cars have air conditioning, very useful especially in the desert states of the American west.

American roads are classified into four different types of roads: 1) Interstate (I) or interstate highways. These are large four or more lane roads in the style of highways. 2) The Highways (US). These are also similar to highways, but usually have multiple lanes for each direction of travel, and sometimes they can have a limited number of intersections. 3) The state roads. These are roads with symbols that change in every state. They are similar to freeways and state roads. 4) The Routes. They are secondary roads. They are roads very similar to provincial roads and are generally two-lane. Most of the roads and highways are free, only a few bridges are sometimes paid.

At intersections, road signs do not indicate cities. But the street numbers and the geographical direction are indicated. This initially makes orientation difficult. But once you get used to it, everything becomes easier.

2020-04-28
admin
Previous: The climate of Seattle: when to go to Seattle
Next: Chicago: architecture and sculpture in the open air 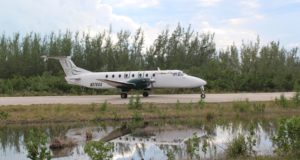 How to organize a trip and book online

Practical advice for a travel to French Polynesia 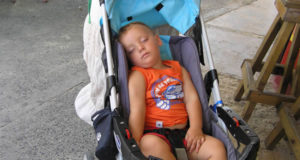 The climate of Las Vegas: when to go to Las Vegas

The climate of Florida: when to go to Florida

Grand Canyon: the wonder of Arizona

The climate of Alaska: when to go to Alaska

Oregon: the most spectacular coast of the United States

Montana (Big Sky Country) is an inland state in the northwestern United ...