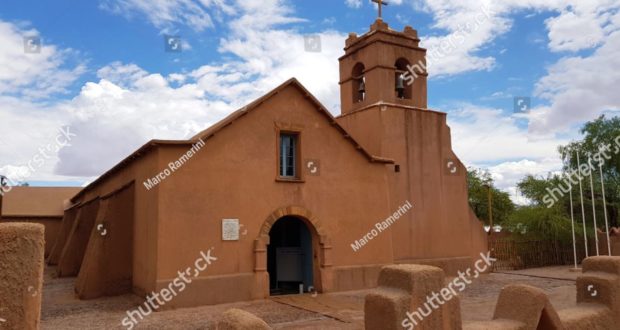 San Pedro de Atacama is a small town in the Atacama desert located at 2,200 meters above sea level, along the edge of the Salar de Atacama, the largest salt lake in Chile. The village is located about 100 km from Calama and almost 300 km from Antofagosta. The border with Bolivia is only 50 km away, while the border with Argentina is 160 km south-east. The majestic Licancabur volcano (5,920 meters) is located east of the inhabited center and dominates the landscape of San Pedro and the Salar di Atacama.

In pre-Columbian times San Pedro was one of the main centers of Atacameña culture, which had built numerous fortresses (pucará) in the area, some of which are still visible today. Conquered around 1450 by the Incas. Between 1536 and 1540 the region was occupied by the Spaniards.

TOURIST ATTRACTIONS: WHAT TO VISIT IN SAN PEDRO DE ATACAMA

San Pedro de Atacama is in an excellent position to visit the many attractions that are hidden in its surroundings.

In the town there is an interesting Archaeological Museum (Museo Arqueológico R.P. Gustavo Le Paige). The museum preserves the most important collection of finds, including interesting mummies, from the Atacameña culture. This culture built real fortified villages called pucará and had its main center right in San Pedro de Atacama.

In the village is also worth visiting the ancient church of San Pedro (Iglesia de San Pedro) from the beginning of the 17th century. The oldest building in San Pedro is the so-called Incaica house.

The San Pedro de Atacama area offers interesting archaeological and natural attractions. Among the most famous natural attractions are the geysers of El Tatio and the Valley of the Moon. While among the cultural attractions, in addition to the aforementioned museum, the villages of Caspana, Toconao, Socaire and Chiu Chiu are worth visiting. The pre-Hispanic fortresses (pucará) of Quitor, Lasana and Turi are also very interesting.

The geysers of El Tatio are located almost 100 km from San Pedro and an altitude of 4,200 meters and represent one of the most spectacular natural attractions of Chile. There are about 80 active geysers. The best time to see them is at dawn when each geyser is topped with a column of steam that condenses in the cold morning air. As the sun rises and temperatures rise, the plumes of steam disappear.

The Valle de la Luna (Moon Valley) is located just 12 km from San Pedro de Atacama, is a desert area made of canyons, sand and rocks, with a fascinating landscape. The Valle de la Luna is part of the Reserva Nacional Los Flamencos, a reserve that also includes the spectacular Laguna Miscanti and Laguna Miñiques, located 100 km from San Pedro and at over 4,000 meters above sea level. Salar de Tara, Salar de Atacama and Salar de Pujsa are also part of this magnificent protected area.

Just 28 km from San Pedro are the Termas de Puritama, a series of 8 pools of water at a temperature of 33.5 ° C. San Pedro de Atacama is also famous for lovers of the starry sky thanks to the remarkable quality of the air, arid and dry, and to the darkness of the sky. In the Atacama desert to observe the stars.

2020-04-08
admin
Previous: The climate of the Atacama Desert: when to go to Atacama
Next: Santiago de Chile: neoclassical and modern architecture