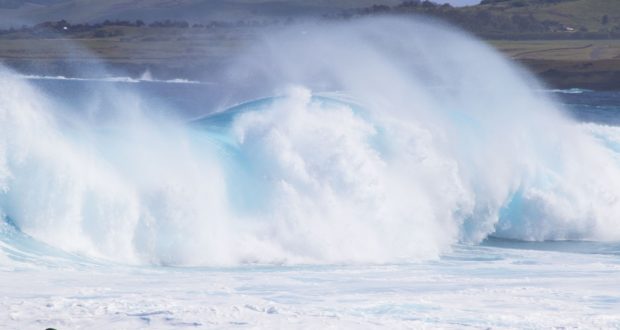 Lost in the South Pacific Ocean, Easter Island is a fascinating place from all points of view. Easter Island is one of the most isolated inhabited islands in the world. Its isolation makes it difficult to reach. In fact, it takes almost 6 hours of flight from Santiago de Chile or from Tahiti. The island is small, has an area of 163.6 square kilometers. It measures approximately 24.6 km in length and 12.3 km at its widest point, its shape is triangular. The coasts of Easter Island have an extension of about 70 km.

The coasts of Easter Island are wild and rugged formed by volcanic rocks beaten by the waves of the Pacific Ocean. On certain days, in some places the waves are impressive, highlighting the feeling of isolation in which the island is located.

Along the coast it is possible to admire ravines and caves as well as numerous platforms of demolished moai. Horses in the wild are another feature of the island.

THE BEACHES OF EASTER ISLAND

Along the coast of the island there are only two beaches, both located along the northern coast: the splendid Anakena beach and the nearby and small Ovahe beach. According to the oral tradition of the islanders, Anakena beach is indicated as the place of the first human landing on Easter Island. In fact, here came Hotu Matu’a, a Polynesian leader who led a group of Polynesian colonists and founded the first human settlement on the island.

The first two European expeditions that reached Easter Island arrived along the north coast of the island. The Dutch explorer Jacob Roggeveen was the first European to discover the island, this happened on April 5, 1722. In that year, April 5 was Easter Sunday for which the island was so called. Almost fifty years later, on November 15, 1770, two Spanish ships arrived on the island, the San Lorenzo and the Santa Rosalia, under the command of Captain Don Felipe Gonzalez de Ahedo. The Spaniards also arrived on the north coast, but with lifeboats made the circumnavigation of the whole island.