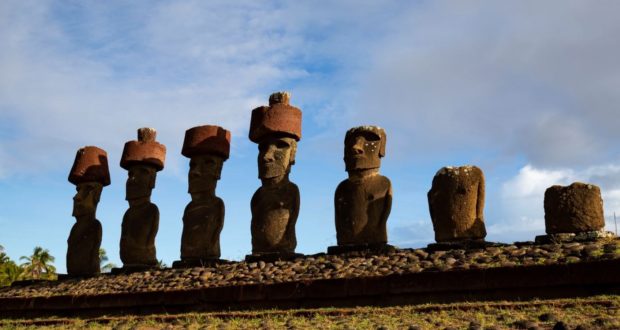 Every place on Easter Island has something to discover if you look carefully. Because here the story speaks of an ancient civilization of which we know very little. This island gives the feeling of a place with infinite spaces, but the island is very small. Easter Island is small, dry and desolate, but has infinite landscapes and skies, the sea that surrounds it has no end.

Exploring the island, however, you remain fascinated: observe a pile of volcanic stones and slowly you realize that it is a fallen moai, there are hundreds of them along the coast of the island. On the island there are wild horses, spectacular waves, idyllic inlets, about fifteen volcanic cones of all shapes and sizes, and within some volcanoes there are freshwater lakes.

AN HISTORY STILL IN MYSTERIOUS PART

After decades of study, the history of Easter Island is still very controversial today. Probably the island was colonized between 600 and 800 AD. The oral tradition of the Rapa Nui people speaks that the first inhabitants of the island came from the islands of Polynesia, in all probability from the Gambier Islands or the Marquesas Islands. The head of the expedition was Hotu Matu’a who according to the stories landed on the beach of Anakena. This oral tradition has now been confirmed by scientific research. The current descendants of the first inhabitants are in fact Polynesian as is the language they speak. Genetic research has also confirmed the Polynesian origin of the island’s inhabitants.

From the latest scientific research seems to be resolved the dispute concerning which were the populations that colonized the island. Past theories also suggested the arrival of populations from South America to explain the majesty of the island’s stone monuments, but this is not confirmed by the studies of recent years.

MANY QUESTIONS WITHOUT ANSWER

But in the history of Easter Island there are still many unanswered questions: Why were the moais built? Why were so many built? How were the moais transported? Why are most moais along the slopes of the Rano Raraku volcano? Why at some point in history have the moais been shot down? There are many theories that try to answer these questions. 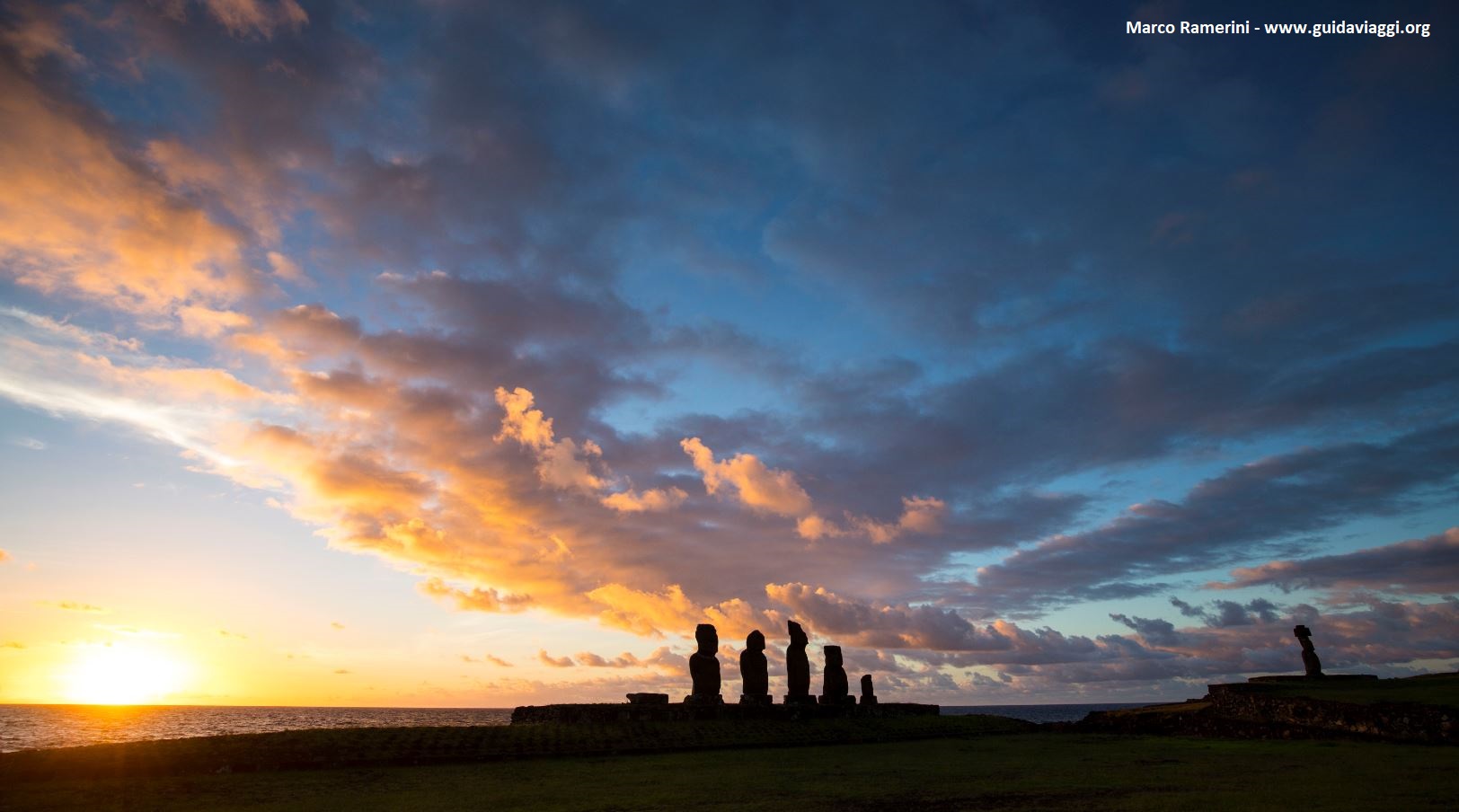 According to the most accredited theory the moais were built to honor the ancestors and they were placed on platforms (Ahu) in front of the village and were for protection for the village and its inhabitants. It is not clear why so many were built. Not even how they were transported over distances of some tens of kilometers is not at all clear.

The fact that many moais are still found on the slopes of the volcano where they were carved can be explained by the difficulty of transporting so many statues so large in an island where the dense original forests had been destroyed probably for the transport of moais and for agricultural purposes. But this does not explain why so many were built.

MY IDEA ON THE DEMOLITION OF THE MOAIS

But among the many theories, this is the one that fascinated me the most: It could have been the diseases brought by the first contacts with Europeans that had decimated the population. Subsequently the survivors, ashamed of the miserable existence to which they had reduced themselves, in order not to be seen by their ancestors (the moai) reduced in this state, preferred to close their eyes to their ancestors by knocking down the statues.

In fact, the statues do not give the impression of having been torn down violently after a war or revolt. But it appears that they have simply been gently supported with their eyes down. In fact, if they had been torn down violently, they would have been reduced to a thousand pieces. But most are generally broken only at the neck (the weakest point) due to the weight and have the rest of the structure intact.

THE HISTORY OF EASTER ISLAND FROM THE ARRIVAL OF THE EUROPEANS

What is certain is that in 1722 with the arrival of the first Europeans, Jacob Roggeveen’s Dutch ships, the moai were still all standing. Even in the second contact with the Europeans in 1770 by the Spaniards led by Don Felipe Gonzalez de Ahedo the descriptions speak of the moai still standing. While only four years later, in 1774, the third European expedition to reach Easter Island, that of James Cook describes some demolished statues.

In the following years the moai will all be torn down. The combination of internal wars, diseases brought by the first explorers and raids that occurred in the nineteenth century by slave hunters brought the original population of Easter Island close to extinction. In 1877 only 111 of the original inhabitants remained on the island, with the disappearance of a large part of the population also the history and culture (which was exclusively oral) of the island was largely lost.

2018-05-22
admin
Previous: Easter Island: a fascinating island full of mysteries
Next: Anakena: the most beautiful beach on Easter Island