The island of Saint Martin is an island of volcanic nature which is located in the northern part of the Lesser Antilles. Saint Martin has a unique identity: its territory since the 17th century is divided between France and the Netherlands. In its 90 sq km the island presents a unique variety of races, languages, cultures, gastronomy, religions and not least of beaches and shopping opportunities. For all this we have chosen this island for our Caribbean experience with children.

Saint Martin is excellently served by a large international airport, located in the Dutch part of the island. For this reason the island is easily accessible from Europe – mainly from Amsterdam and Paris – and from the United States. The flight hours are between 7 and 11 hours for those coming from Europe and Brazil. While the island is only a 4 hour flight from New York.

AN ISLAND DIVIDED INTO TWO

Saint Martin is much more chaotic and developed if we compare it with the peaceful Anguilla that we visited the week before. In particular, we notice a certain difference between the Dutch part – more Americanized, with large hotels and large shopping centers – and the French part – with a more peaceful, relaxed atmosphere and with a certain French charm. 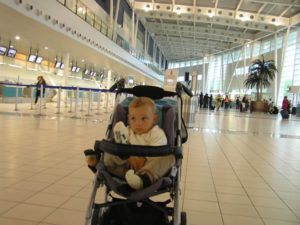 For a visit to the island for several weeks before departure we booked a rental car on Rental Cars website. Once we got to the island we retired our car and started exploring the island. The population is very friendly and with a small child it is even easier to know people and socialize. In our hotel – the Hotel Beach Plaza – Andrea makes a success and receives small presents from the receptionist. When we walk down the street in Marigot – the main inhabited part of the island’s French side – a couple of times we hear someone calling Andrea: they are the hotel girls who recognized him and greeted him.

AIRCRAFTS LANDING ABOVE THE BEACH

One of the attractions of Saint Martin that children – but also adults – like most are the planes that land at Princess Juliana international airport. The landing and take-off of the planes takes place practically close to the beach of Maho Bay. Next to the beach there is a famous bar where you can admire the planes and take spectacular photographs. Here on a blackboard are the arrival and departure times of the day’s flights. Our child – Andrea – loved this experience so much that we returned to Maho Bay several times to admire the planes. 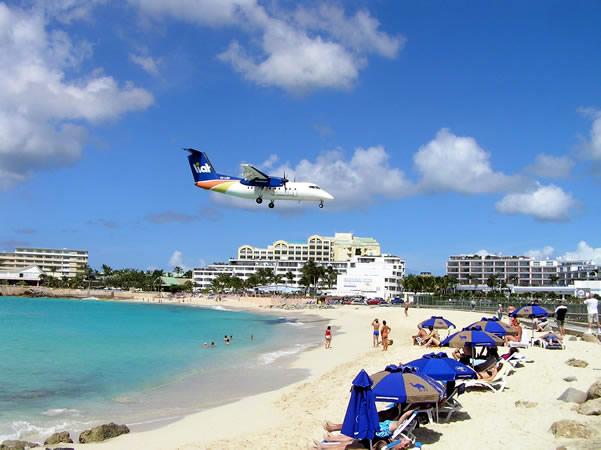 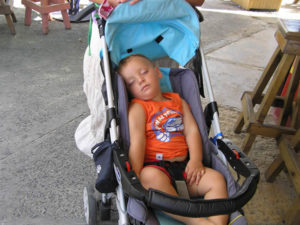 THE FORTS OF THE PIRATES

In the town of Marigot, in addition to an interesting and characteristic market – which takes place on Wednesdays and Saturdays – there are the remains of an ancient French fortress – Fort-Louis – overlooking the bay. Children – if we prepare them first with stories of buccaneers and pirates – like certain places rich in history and charm. Even in the Dutch part – in the bay of Philipsburg – we managed to find the few remains of a fortification – Fort Amsterdam – located within a hotel complex, but can be visited without problems, just tell the caretaker who will let you in freely.

Large cruise ships dock in the Dutch capital Philipsburg, this is another sight that children really like. The town is full of shops – where you can find everything – bars, restaurants and has a beautiful long beach.

The strong point of a holiday on the island are its beaches. Saint Martin is called the island of 36 beaches. Some of which, like that of Le Galion very suitable for children. Among the beaches for children, that is with shallow water and rough seas, in addition to that of Le Galion, which is located on the east coast of the island, there is also the beautiful beach of the island of Pinel (Ilet Pinel). This beach can be reached by a comfortable boat from the bay of Cul de Sac in the north-eastern part of Saint Martin. Pinel beach is a triangular strip of sand, very suitable for small children like ours, with shallow water and no waves.

A short distance from the beach of Le Galion there is also the butterfly farm – Ferme aux papillons – where you can freely admire a multitude of colorful butterflies from every corner of the Earth. The farm is open from 9 in the morning to 15.30 in the afternoon. Remember to wear brightly colored clothes that attract butterflies that will fly around you and your entranced and amused children.

Caribbean with children: the island of Anguilla. 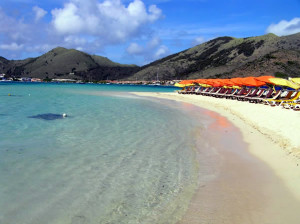 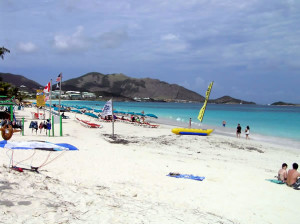 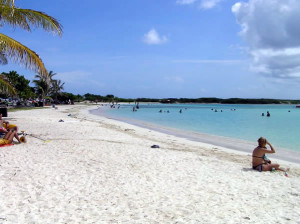 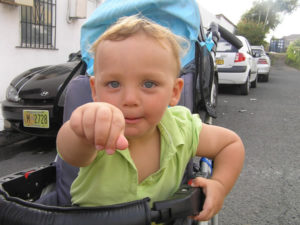 Andrea on the streets of Marigot, Saint Martin. Author and copyright Marco Ramerini

admin
Previous: Cruise to Antarctica: Traveling with children
Next: Caribbean with children: the island of Anguilla

How to plan a cruise with the kids. Cruise with children

Cruising with children: the seasickness

The cruise excursions: Cruising with Children

Cruising with children: life on board the ship

Medicines to pack when travelling with Kids