Home / Travel with kids / Cruising with children: the seasickness 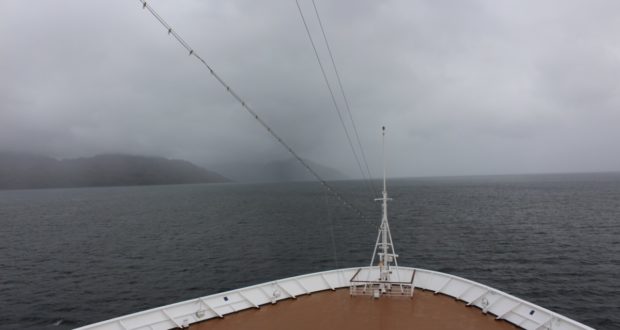 Bow of the ship. Author and Copyright Marco Ramerini

Cruising with children: the seasickness

in Travel with kids 145 Views

Written by Laura Ramerini. If you have chosen the cruise as a type of trip, remember that you could also deal with the annoying problem of seasickness. This problem manifests itself with nausea and dizziness and it is easy to suffer from it if you are at the first sailing experience.

The seasickness disorder is closely related to sea and weather conditions. The more the sea will be rough, the more easily it can annoy you, but especially your children.

In order to be able to live this eventuality with serenity, it is a good idea to pack effective products to combat the problem.

Before leaving, get advice from your pediatrician on the choice of the suitable drug: there are products on the market in drops (which I have not had a positive response personally), patches to put behind the ears, ginger-based candies and chewing gums (this spice is capable of effectively counteracting nausea problems) and tablets to be swallowed which in our case were the most effective.

Unfortunately, as you may have guessed, our family also had to deal with seasickness. Especially myself and my youngest child Mattia 6 years old. We got over seasickness with rest and using the tablets prescribed “at a high price” by the on-board doctor. The tablets or any other remedy to combat seasickness (nausea, dizziness) to be effective, will have to be taken when the first symptoms appear, otherwise they will be completely useless.

There are also valuable tips offered by a Brazilian doctor who traveled with us. And who worked for a period on ships, which I would like to share with you. They could help you and they are:

But probably the best solution is to focus your senses on the horizon of the sea. Just look at the horizon until you see it stationary and horizontal by transferring your reference system from the ship you are on to the marine horizon. This will allow you to synchronize your view with the real movements that the ship undergoes. By synchronizing the reference system, the problem of seasickness generally ends. Avoid looking at things (a person, a book, the TV) where you don’t have a reference to the outside world.

The cruise with children: life on board the ship.

2020-04-30
admin
Previous: The cruise excursions: Cruising with Children
Next: How to plan a cruise with the kids. Cruise with children

How to plan a cruise with the kids. Cruise with children

The cruise excursions: Cruising with Children

Cruising with children: life on board the ship

Medicines to pack when travelling with Kids