Home / Asia / Iran / Meybod: a city at the gates of the Iranian desert 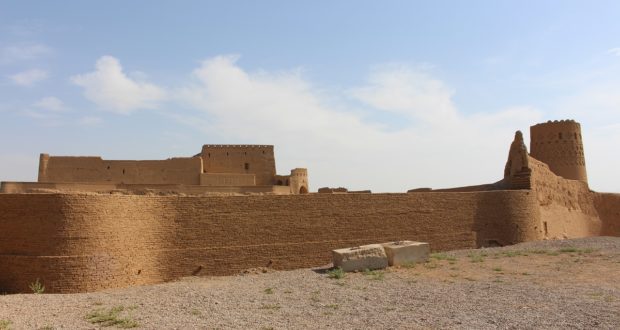 In the province of Yazd and about 50 km north-west of Yazd itself, almost in the center of Iran where the two most important deserts of the country meet – the Dasht-e Kavir and the Dasht-e Lut, about 1,000 meters d height, is the historic town of Meybod.

The city has pre-Islamic origins and its foundation appears to date back almost two millennia ago. So Meybod was founded in pre-Sassanid times during the reign of the Parthians. However, it was the Sassanids who developed the city and gave it the urban form that is still partially visible today. The plan of the historic center was rectangular and based on the intersection of two communication routes. This structure led, in the Sasanian era, to the construction of a circle of walls on which 4 access gates opened at the exit of the roads from the city.

After 1000 AD the city developed further. But it was in the 14th century that Meybod reached its apogee. When for a short time, under the rule of the Muzaffarids, it was also the capital of Iran. During this period the fortifications were enlarged and new fortified gateways were built. In addition, a building was also built to house Sufi travelers and scholars (ḵānaqāh) and a public bath. The historic city is largely made up of mud brick buildings. Meybod today has about 60,000 inhabitants.

MEYBOD IS DIVIDED INTO THREE DIFFERENT DISTRICTS: THE ANCIENT FORTRESS, SHARESTAN AND RABAZ

The structure of the ancient city of Meybod is made up of three distinct neighborhoods: the ancient fortress (Narin Qal’eh), Sharestan and Rabaz. The ancient fortress known as Narin Qal’eh is located on a 25m high hill overlooking the city. The fortress, which is arranged on several levels, encloses with its clay brick walls an area of about 15,000 square meters and is located in the southern part of the Sharestan district. The fortress has an irregular oval plan and was surrounded by a deep moat, still largely visible today, there are large underground chambers and the remains of some large circular towers.

The building probably dates back to the Sassanid era, but some studies date it back to the Achaemenid era. In the following centuries, with the Arab conquest of Persia, it was remodeled several times. Inside and in its immediate vicinity, ceramics from the Iron Age have been found. This dates the first human settlement to the site in the third or fourth millennium BC, and makes Meybod one of the oldest human settlements in the Yazd region. The splendid castle of Narin Qal’eh can be visited today, a destination for school groups and tourists, and is in a good state of conservation. It is one of the most beautiful examples of fortification in this area of Iran. Climb to the top of the fortress for a fantastic view of Meybod’s rooftops and the desert.

OTHER MEYBOD ATTRACTIONS: BEAUTIFUL WALLS, A LARGE CARAVANSERAI WITH A WATER TANK AND AN ICE HOUSE

In the city of Meybod there are also other sites of interest. Some are located near the fortress and are located in the west of the city. Especially noteworthy is a large well restored caravanserai, where there are craft shops, a post station, an “ab anbar” water tank and an “yakh dan” ice house with a beautiful cone-shaped roof.

In the vicinity of the caravanserai a road on the right, between walls and clay houses, leads to visit a beautiful stretch of the ancient city walls with towers and a beautiful gateway. Other buildings of interest are the mosque, the numerous wind towers and a splendid pigeon house in the shape of a large round tower. Meybod is also famous for its craftsmanship and is one of the centers of Iranian ceramics. In the town you can also visit a museum of ceramics and majolica located in an ancient water tank.

2020-01-05
admin
Previous: Rayen: a fortified town at the gates of the desert
Next: Jameh Mosque of Isfahan (Isfahan Friday Mosque)