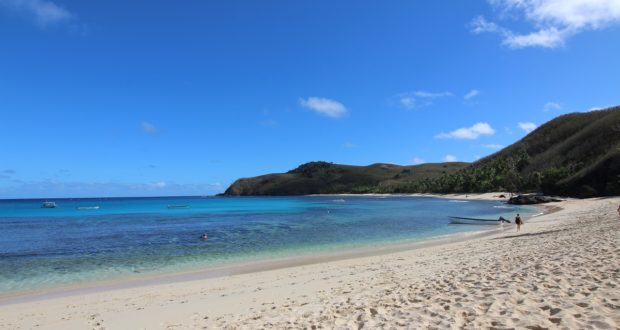 The Fiji Islands (Republic of Fiji, Matanitu Ko Viti) are an archpelago located in the southern Pacific Ocean, between 16 ° and 20 ° 30 ‘south latitude, and 177 ° east longitude and 177 ° 30’ west longitude east of the Vanuatu islands, west of Tonga and south of the Tuvalu islands and Wallis and Futuna.

The main economic resources for the inhabitants of Fiji are those coming from agriculture, based largely on the production of sugar cane, bananas, coconuts, rice, cassava and sweet potatoes are then produced. Other resources are fishing, timber and the extraction of gold, manganese and silver.

Tourism is increasingly important, thanks to the climate and the scenic beauty of the archipelago, and to the presence of an important international airport in Nadi.

The climate of Fiji.

2013-11-13
admin
Previous: Tutuila and the Manu’a: the islands of Tau, Ofu and Olosega
Next: The climate of the Fiji Islands: when to go to Fiji