Home / Oceania / Fiji / The Mamanuca islands: islands along the coast of Viti Levu 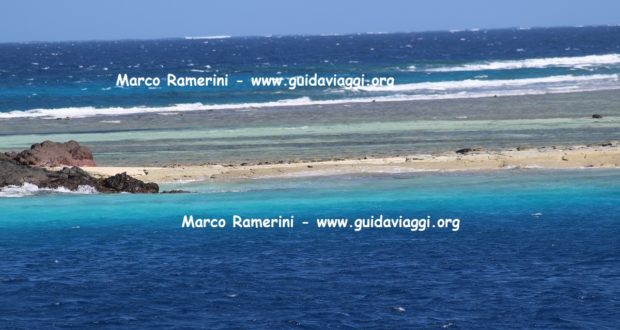 The archipelago is made up of twenty small volcanic sandy islands and several sandbanks, some of which are covered by the Pacific ocean at high tide. Some of the islands are small sandbanks with little or no vegetation. While others, such as Malolo, Monuriki, Monu, Yanuya and Tavua, are larger hilly islands.

ONE OF THE MOST POPULAR TOURIST DESTINATIONS OF THE FIJI ISLANDS

These islands are the most popular tourist destination in Fiji. The islands offer crystal clear waters, beaches of fine sand bordered by coconut palms and very rich coral reefs. Here are some of the most exclusive resorts in Fiji where you can relax in the wellness centers or practice water sports, surfing, diving, boating and other activities. In the islands you will find beautiful white sand beaches and spectacular coral gardens full of marine life.

One of the Mamanuca islands, the island of Monuriki, has become famous for being the island where the famous film “Cast Away” was shot produced by Robert Zemeckis in 2000 and starring Tom Hanks. Between the Mamanuca and Yasawa islands are the Norokorokoyawa – Sacred Islands (Vanua Levu, Eori, Nai raviravi ni ui, Musumusu ni karikari (Camel Rock) and Navadra) which are celebrated as the birthplace of Fiji. Here, according to tradition, it seems that the first inhabitants of the islands have landed.

ISLANDS EASY TO REACH FROM NADI AND PORT DENARAU

The Mamanuca are easily accessible due to their proximity to the coast of the main island of Fiji, Viti Levu. The starting point for the Mamanuca islands (as well as for the wildest and most isolated Yasawa islands) is the marina of Port Denarau. From here the boats that connect the main resorts scattered around the islands leave. Even the most distant of the islands can be reached with about 2 hours of navigation. There are also flights of small seaplanes that in less than 15 minutes of flight from Nadi reach the most exclusive resorts.