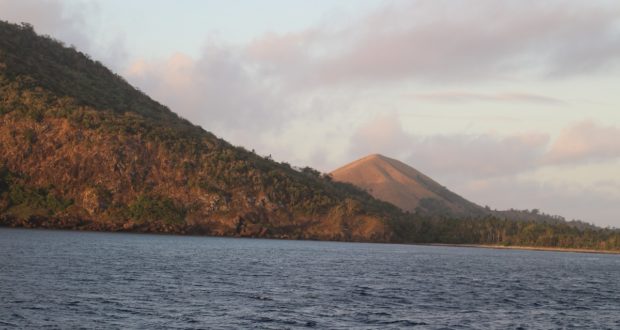 In the Fiji islands, in the far north of the Yasawa islands is the largest island of the archipelago: the island of Yasawa. The island is long and narrow, extending in a south-west / north-east direction for about 23 kilometers while it is between 500 meters and 3 kilometers wide. The island is, like most of the others in the archipelago, of volcanic origin and is formed by low undulating hills that rarely exceed 100 meters in height. Only in the extreme south of the island are some hills that exceed 200 meters above sea level. The island is crossed by a dense network of pedestrian paths, even here, as in all the Yasawa, there are no roads and cars.

THE MOST REMOTE OF THE YASAWA ISLANDS

The island of Yasawa is the most remote and difficult to reach in the archipelago. The island has long, beautiful white sand beaches and an intact coral reef. On the island there is a single accommodation facility, the luxurious Yasawa Island Resort and Spa located on an idyllic white sand beach almost in the center of the west coast. This structure can only be reached with a flight, on the island there is also a dirt landing strip. The fast catamaran Yawasa Flyer does not arrive on the island of Yasawa.

The southern part of the island can be reached and visited if you participate in a cruise with Captain Cook Cruises, in this case you can visit the village of Nabukeru and the primary school of the island. You can also climb Mount Tamasua (232 meters high), one of the highest hills of the island, to admire the sunrise from the summit and enjoy a snorkeling session in the waters around the island of Yarawa, in an islet located between the villages of Nabukeru and Tamusua.

Booking.com
2020-04-16
admin
Previous: Melbourne: the cultural capital of Australia
Next: Sawa-i-Lau: the caves of the ancient Fijian god Ulutini