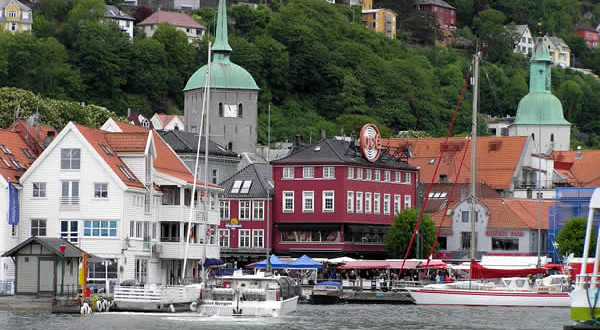 Norway (Kongeriket Norge) is a constitutional monarchy whose territory occupies the western coastal strip of Scandinavia, the country is not part of the European Union.

Norway is divided into 19 regions called “fylkers”. In addition to Oslo, the capital, Bergen, Kristiansand, Alesund, Trondheim, Stavanger, Narvik, and Tromsø are important cities. The Norwegian territory develops from north to south along the western edge of the Atlantic section of the Scandinavian Peninsula, and is formed by a long, mountainous strip that runs from the North Cape to the coast of the Skagerrak.

The country is bordered by Sweden to the east, while in the far north-east it borders for a short distance with Russia and Finland. The Norwegian coast extends from north to south for over 2,500 km, between latitudes 58 ° N and 71 ° N, (with the Svalbard islands reaching up to 81 ° N). Norway is characterized on the sea by a jagged coast, carved by countless fjords and faced by a myriad of islands and rocks.

THE GEOGRAPHY OF NORWAY

In total, the surface of the country is 385,252 km², while the inhabitants are less than 5,000,000. The Svalbard islands, located between the North Pole and the Norwegian north coast, are also part of Norway. Jan Mayen Island, north of Iceland, and Bears Island (Bjørnøya), between Svalbard and mainland Norway. While the island of Bouvet (Bouvetøya) is located in the South Atlantic Ocean. Finally, the island of Peter I (Peter I Øy) is a Norwegian territory located off the coast of Antarctica. Norway finally claims possession of the land of Queen Maud, a continental territory located in Antarctica.

The Norwegian territory is rich in mountains, in particular the Scandinavian chain characterizes the whole territory with its presence. The mountains often reach the sea, helping to make the Norwegian landscape unique and unforgettable.

The inner plateau of Norway is covered by glaciers and carved by narrow and sunken valleys, whose lower sections, bathed by the sea, form the famous fjords. Today the glaciers cover a total area of ​​about 5,000 sq km, of which over 800 sq km belong to the Jostedalsbre, the largest in continental Europe. The coasts are mainly faced by islands grouped in the two archipelagos of Lofoten and Vesterålen.

Norway is a country rich in rivers, lakes and glaciers. The rivers are short in length due to the conformation of the terrain. The longest waterway in the country is the Glomma River (598 km), which flows through southern Norway passing not far from Oslo.

Among the lakes the largest is Lake Mjøsa (362 km²). While the deepest is Lake Hornindalsvatnet (514 meters deep) which is also the deepest lake in Europe. The largest glacier in mainland Norway is the Jostedalsbreen, located in the central region of Sogn og Fjordane.

Norway has a population of less than 5 million inhabitants. The country has a low density, of 12.6 inhabitants per km². In Europe only Greenland, Iceland and Russia (including the Asian part) have lower densities.

Among the most important cities we find first of all the capital Oslo. This city is located in the southeast area of ​​the country and is home to nearly a fifth of Norway’s population. While other major cities are Bergen, Stavanger / Sandnes and Trondheim.

Among the cities, the most beautiful for tourists is undoubtedly Bergen. Its historic center, Bryggen, was included in 1979 by UNESCO on the list of World Heritage Sites.

Thanks to the discovery of the oil and natural gas fields of the North Sea and the Norwegian Sea, Norway is today among the richest countries in the world.

The climate of Norway. 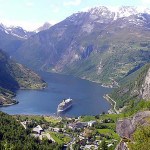 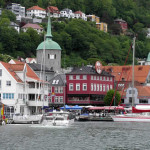 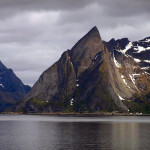 2013-12-27
admin
Previous: The climate of the Netherlands: when to go to Holland
Next: Tourist attractions in Norway: what to see