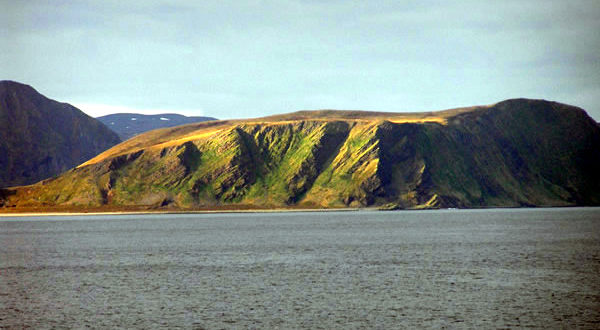 Norway has a coastal extension of over 2,500 km. The Norwegian coast, formed by deep inlets, is one of the most indented in the world. Along the coast of Norway there are over 50,000 islands, also residues, like fjords, of glacial erosion.

Among these are also some important archipelagos such as those of the Lofoten islands (1,227 km²) and the Vesterålen islands (2,511 km²), which are located in front of the north-western coast of the country. These archipelagos arise from an outcrop of the continental shelf and have a mountainous appearance similar to the coast of the nearby mainland. In the Lofoten islands the highest point is reached with the Higravstinden mountain (1,147 meters) on the island of Austvågøy.

While the Vesterålen islands exceed 1,200 meters high with the mountain Møysalen (1,262 meters) on the island of Hinnøya. Along the central and southern coast of Norway, the corollary of islands continues, which become smaller, but increase in number towards the south in correspondence with the area of the fjords.

Further north, the island of Jan Mayen (373 km²) also belongs to Norway: This is located between Norway and Greenland, and is a volcanic island that rises over two thousand meters with the Beerenberg (2,277 meters) one stratovolcano still active.

Further north are the Svalbard islands (61,022 km²), located between the North Cape and the North Pole. Svalbard are a large arctic archipelago made up of four major islands and several other smaller ones. The largest islands of Svalbard are those of Spitsbergen (39,044 km2), whose surface is more than half of the surface of the entire archipelago, Nordaustlandet (14,443 km²), Edgeøya (5,073 km²) and Barentsøya (1,288 km²). The highest mountain in the archipelago is Mount Newtontoppen (1,717 meters) located in the north-eastern part of the island of Spitsbergen.

Norway’s largest island is located in the polar Svalbard archipelago and is the island of Spitsbergen (39,044 km²). The second largest (Nordaustlandet, 14,443 km²), the third (Edgeøya, 5,073 km²) and the fifth (Barentsøya, 1,288 km²) island in the country are also located in the Svalbard Islands. Only the fourth largest island in Norway, the island of Hinnøya (2,204 km²), is located along the north-western coast of the country in the archipelago of the Vesterålen islands.

Booking.com
2020-03-19
admin
Previous: The UNESCO sites of Norway: the heritage of humanity
Next: Bergen: the historical capital of Norway