Home / Europe / Greece / The climate of Crete: when to go to Crete

The climate of Crete is in a large part of the island a temperate Mediterranean climate, with very hot summers and winters not too cold. Only a small area which includes the island’s southern coast, the plain of Mesara and the mountains of Asterousia is part of the semi-desertic African climate.

Rainfalls are irregulars, they are most abundant in the north than in the south, however, from June to August, virtually does not rain in the whole island. The average annual rainfall in the north of the island of Crete is only 420 mm. The southern coastal area has a much drier climate than the northern coast. Particularly strong are the winds that blow throughout the year. Snow falls between November and April on the high mountains of the island, which exceed 2,400 meters, but it is very rare in other parts of the island. 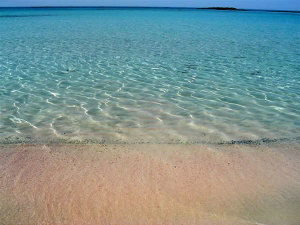 The temperature of the seawater of ​​Crete is higher than 20 ° C from May to November, while in August it reached 26 ° C.

WHEN TO GO TO CRETE

Any time of year is suitable to visit the island of Crete, the best months are those of spring and the month of September, with pleasant temperatures and low rainfall, the summer is sometimes suffocating, even if the wind mitigates the feeling of hot, but it is the best time for lovers of the sea and the sun. 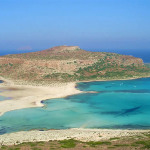 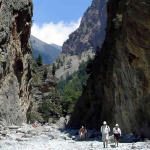 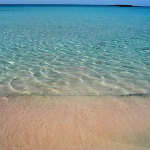 THE CLIMATE OF CRETE: CLIMATE TABLES

Rhodes: the island where the Colossus of Rhodes was