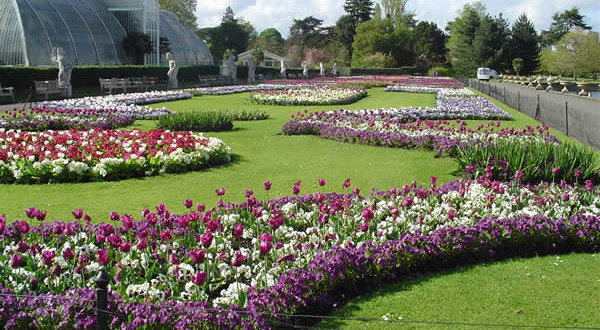 The climate of the United Kingdom is strongly influenced by the presence of the sea and in particular by influences from the Atlantic ocean. The Gulf Stream that laps its shores makes the British climate relatively mild in relation to its northern position.

The British Isles are characterized by a type of oceanic climate with mild temperatures and constant humidity, the fogs are frequent, but the wind is often present. The summers are cool and rarely very hot, Cornwall is the English region with the mildest climate, while in the north of England and Scotland winters are often rigid, cold and snowy.

AN OCEANIC CLIMATE INFLUENCED BY THE GULF CURRENT

The Eastern regions usually have winter tempertures colder than Western ones, which instead receive in full the mild effects of the Gulf Stream. Average temperatures in January range between 3°C and 4°C throughout Eastern Britain, the part of the country that faces the North Sea. While in Western Britain have values ​​ranging between 4.5°C of the West Coast of Scotland and 6.5°C of Cornwall. In July, average temperatures ranging between 16.5°C in southern England and the area around London and 13°C in the north of Scotland.

The rainfall is not abundant, but they are equally distributed in each month of the year, the east coast has lowest rainfall of the west coast. The driest areas are the south-east, in particular the region of East Anglia where there are values ​​less than 500 mm of precipitation per year. The area of London is not very rainy, in fact, the city receives an average of 700 mm of rain per year, while Edinburgh in Scotland receives about 800 mm per year, between the most important cities the rainiest is Cardiff, in Wales, with over 1,200 mm per year. The wettest areas of the country are the mountains of Wales and the Scottish North West Highlands where the average rainfall varies between 2000 mm and 5000 mm per year.

WHEN TO GO TO THE UNITED KINGDOM

The summer and spring months, between April and September, are the best months for a trip to Britain, during these months the climate is milder, the rains are less frequent and the days, due to the location north of the country, are more long.

London climate: when to go to London.

THE CLIMATE OF THE UNITED KINGDOM: CLIMATE TABLES

2013-12-30
admin
Previous: The attractions of the UK: what to see in the UK
Next: Ukraine: plains and interesting historical towns