Home / Europe / United Kingdom / The climate of London: when to go to London

The climate of London is temperate and variable, with not overly hot summers and cold winters, but rarely rigid. The rains are regular, but light, throughout the year. Unlike what is generally believed, the annual average rainfall in London, which is around 600 mm, is well below that of Rome (830 mm) or Naples (1,000 mm). London’s climate is characterized by extreme variability. During the same day it is possible to switch from morning fog to sun, rain and then back to sun and fog.

The driest month is February, while the wettest month is October. In spring and summer, however, the chances of finding periods of sunshine are good. In a year, on average, there are 110 days of rain. The months between October and January have a monthly average of about 10 days of rain each, while the months between February and September have averaged between 9 and 8 days of rain per month. August is the month with less rainy days with an average of only 7.6 per month. The sunshine hours are 1,480, the month with most sunshine hours is August. 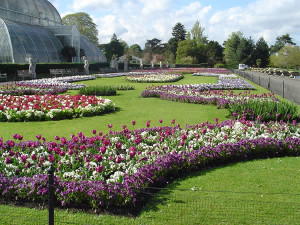 WHEN TO GO TO LONDON

Due to its humid but relatively mild climate, London is a city that can be visited all year. Probably the best time is spring, between April and June, but also the summer and early autumn can be pleasant.

THE CLIMATE OF LONDON: CLIMATE TABLES

This post is also available in: Chinese (Simplified) Chinese (Traditional)