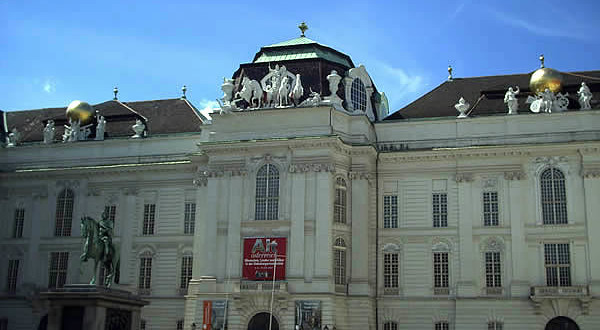 Vienna, the Austrian capital, city of music, coffee, waltz, parks and pastries, is a cosmopolitan center, where different ethnic groups have lived for centuries mixing their cultural identities. For 640 years it was the capital of the Habsburg Empire. Today it is an elegant city of over one and a half million inhabitants.

The city offers the visitor remarkable architecture, wonderful museums and an important musical tradition. This is the city of Strauss, and composers of the caliber of Mahler, Mozart and Beethoven have also left important traces on it.

Vienna is located in a decentralized position with respect to the current Austrian state. The city is in fact located in the North-East of Austria, only 40 km from the border with Slovakia, in the east it is crossed by the Danube, while a small artificial canal (the Donaukanal) runs along the historic center to the east.

A CAPITAL OF A VAST EMPIRE

The area of the Austrian capital was initially inhabited by the Celts, then around 100 AD. the Romans founded the military outpost of Vindobona in defense of the city of Carnuntum. Of this period are the remains of the old walls built between 100 and 500 AD.

In the Middle Ages the city saw a succession of occupations which ended in 1278 when Rudolf I of Germany established Habsburg rule over Austria and Vienna. Domain that will end, with the end of the First World War, in 1918.

Starting in 1483, thanks to Albert II of Habsburg, Vienna became the capital of the Habsburg empire. The main monuments and palaces that make this city unique are from this long period. In this city there are important medieval, baroque and Gründerzeit architectural testimonies. Furthermore, starting from the 16th century, the city became universally recognized as the capital of European music.

Today it is one of the capitals most visited by international tourism. In 2001 the historic center of the city was included by UNESCO in the list of world cultural heritage sites of humanity.

Tourist attractions: what to see in Vienna.

Vienna Museums. Which museums to visit.

How to get around: metro and urban transport.

How to get to Vienna.

The climate: when to go to Vienna.

2013-12-20
admin
Previous: Austria: power plugs and sockets, telephones
Next: The climate of Vienna: when to go to Vienna