Home / Asia / China / The climate of Yunnan: when to go to Yunnan 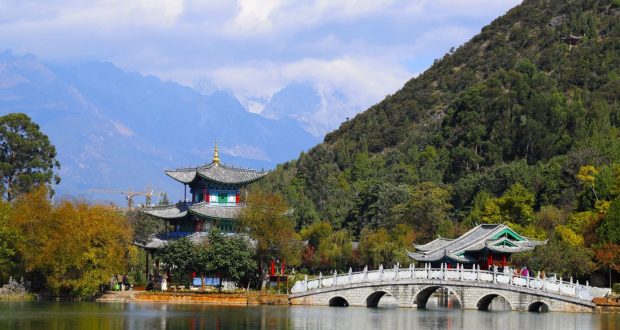 Yunnan is located in the southern part of China close to the borders with Burma, Laos and Vietnam. This region of China is located at a rather low latitude and is crossed by the Tropic of Cancer line. Thanks to the presence of the mountains to the north that shelter it from the winds from the north, Yunnan has a mild climate influenced by both the Pacific and Indian Oceans. The combination of low latitude and high altitude of much of the region means that the climate is among the mildest in China.

THE CLIMATE OF YUNNAN

On the highlands of Yunnan, which are located at altitudes ranging from 1,500 to 2,500 meters, the climate is characterized by short and cold winters, with mild days and cool nights and long summers, hot and humid, but much cooler than in the plains. The capital of Yunnan, the city of Kunming, which is located at an altitude of 1,890 meters is known as the “City of Eternal Spring” because of its mild climate at any time of the year.

In the mountainous areas of the north of the region, snow is common between November and March. The city of Shangri-La (Zhongdian – Xianggelila) which is located at over 3,000 meters above sea level is sometimes not reachable by road during this time of year.

At the extreme south, the climate becomes sub-tropical with higher temperatures and more abundant rainfall. In this area of the country summers are hot, humid and rainy. In the sub-tropical area of Yunnan, daytime temperatures remain hot all year round.

Throughout Yunnan the months from May to October are the months of the rainy season. The months of July and August are the rainiest months of the year throughout the region. The period from November to April is instead the dry season and therefore the most suitable for a trip. In the southern sub-tropical region, 1,500 or more millimeters of rain may fall per year, rainfall decreases going north reaching values ranging between 1,000 mm (Kunming, Dali, Lijiang) and 650 mm (Shangri-La) at year.

WHEN TO GO TO YUNNAN?

Thanks to its mild climate, Yunnan can be visited at any time of the year. The best months for a trip to Yunnan are however the months of spring and autumn: that is, those of March, April and November. These are in fact the months with the least rain and the highest chance of sunny days. Even the winter months have sunny days, and are therefore good for sightseeing in the region, but remember that in this period the minimum temperatures in the higher places can go even below zero. If you plan a trip to Yunnan, the two central months of the rainy season should be avoided: July and August.

THE CLIMATE OF YUNNAN: CLIMATE TABLES

2019-12-30
admin
Previous: Hainan: a tropical island in southern China
Next: Tourist attractions of Yunnan: what to see in Yunnan