Home / Asia / China / Tourist attractions of Yunnan: what to see in Yunnan 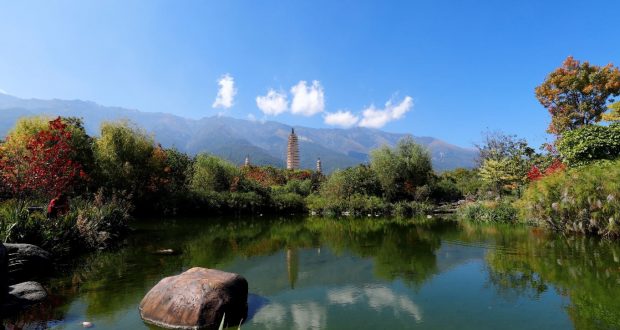 A particular China, a province in the southwest of this immense country, inhabited by a multitude of different ethnic groups. A land rich in very varied landscapes ranging from the first buttresses of the Himalaya mountains, which widely exceed six thousand meters here, to the subtropical lands on the border with Burma, Laos and Vietnam. Historic cities, villages that still (for how long?) remember ancient China. Terraced rice fields, lakes, mountains and stone forests. All this and more are the tourist attractions of Yunnan.

Topographically, highlands and mountains dominate Yunnan. The northern part of Yunnan is made up of mountainous areas and plateaus that have an average altitude that varies between 3,000 and 2,000 meters. To the north, on the border with Tibet, there is the highest mountain in Yunnan: Mount Kawagarbo (6,740 meters).

The territories to the south-west, on the other hand, form the least elevated part of the province. Yunnan is a land rich in water, a large number of lakes characterize its territory. The country is crossed by some of the most important rivers of Southeast Asia such as the Yangtze (Blue River), the Pearl River, the Mekong River, the Red River and the Saluen.

The variety of ethnic groups in this Chinese province, which includes dozens of ethnic groups, the last census counted 25, is another reason for attraction for tourists. Among the towns and the countryside of the region you will meet with their typical customs inhabitants of the Yi, Tibetan, Bai, Sani, Miao, Dai, Hani, Nashi, Lisu, Hui ethnic group …. Various is also the geographical landscape of Yunnan: To the northwest there are majestic snow-capped peaks, anteroom to the highest mountains on the planet found in neighboring Tibet. To the southwest, on the border with Burma, there are vast areas of dense tropical forests.

One of the tourist attractions of Yunnan is the historic city of Lijiang which is located at 2,400 meters above sea level, surrounded by mountains including the Jade Dragon Snow Mountain (Yulongxue Shan). Lijiang is a splendid example of Naxi wooden architecture which with the nearby villages of Shuhe and Baisha is part of the UNESCO World Heritage Site.

Dali, another ancient historic city, old capital of the kingdom of Nanzhao, located along the banks of the picturesque Lake Erhai, retains part of the walls with some monumental gates. A short distance from the city are the suggestive Three Pagodas of the Chongsheng Temple surrounded by beautiful gardens.

The legendary Shangri-La (Zhongdian) is also located in Yunnan, in the north of the province, near the border with Tibet and Sichuan. The provincial capital, the city of Kunming, is a vast modern city. Kunming is full of modern buildings and museums and with some ancient temples such as the Buddhist temple of Yuantong. Still corners of old Kunming coexist flanked by modern neighborhoods.

Another peculiarity of Yunnan are the beautifully preserved small villages such as Shaxi, located between Lijiang and Dali, which is inhabited by the Bai and Yi minorities. This village which stands at 2,100 meters above sea level is probably the most intact market city of the ancient tea and horse route that led from Yunnan to Burma and Tibet.

Other tourist attractions of Yunnan are the numerous markets that take place in many villages where you can see the various ethnic groups with their rich costumes and their wares. The town of Jianshui which is located south of Kunming houses some interesting and valuable examples of historic city residences.

To see, however, some beautiful historic country residences we recommend a visit to the nearby village of Tuanshan. Near Jianshui there is also the splendid Double-Dragon Bridge (Shuanglong Bridge) whose construction dates back to the 18th century under the Qing dynasty.

A LANDSCAPE RICH IN WATER: THE RIVERS

In northern Yunnan there are important rivers that have carved their course creating spectacular river gorges. In northwestern Yunnan, UNESCO recognized the area of the Three Parallel Rivers as a World Heritage Site: the Yangtze (Jinsha), the Mekong (Lancang) and the Saluen (Nujiang). Within this UNESCO site, between Lijiang and Shangri-La (Zhongdian), there is the Tiger Leaping Gorge. This is a spectacular canyon carved out by the Jinsha River, a tributary of the Yangtze (Blue River).

A LANDSCAPE RICH IN WATER: THE CARSIC FORMATIONS AND THE CAVES

A LANDSCAPE RICH IN WATER: THE RICE FIELDS

In the southern part of the province, near the border with Vietnam, the terraced rice paddies that characterize the territory south of Yuanyang represent one of the most beautiful landscapes in Yunnan. Rice is harvested between September and October. So if you want to admire the ripe and yellow ocher colored rice fields you will have to visit the region in September. Then the rice fields are filled with water to prepare them for sowing. In the post-harvest period, the clouds are reflected in the water of the rice fields, causing spectacular light effects at sunrise and sunset. During the summer months, the rice fields stand out for their intense green. Also this area, indicated with the name of “Cultrual Landscape of the Rice Terraces Honghe Hani”, is part of the UNESCO World Heritage Site.

To end the list of UNESCO World Heritage Sites, south of the provincial capital, Kunming, is the Chengjiang site, a restricted area rich in marine fossils from the Cambrian period.

Travel to Yunnan: A province of China characterized by a wide variety of landscapes and ethnic groups.

Yunnan photos: Faces and customs of the population.

The climate of Yunnan.

2019-12-30
admin
Previous: The climate of Yunnan: when to go to Yunnan
Next: Yunnan photos: Faces and customs of the population