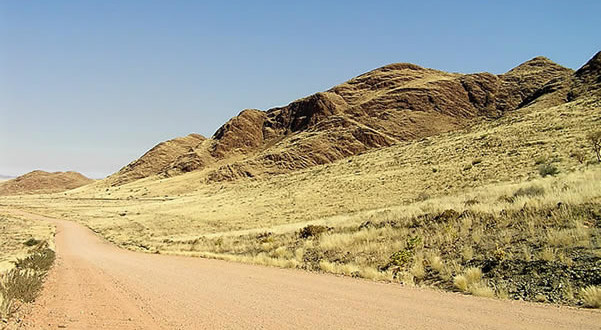 The Namib Rand Nature Reserve is located in central and southern Namibia, between Sesriem and Helmeringhausen. This reserve covers an area of 172,200 hectares and is probably the largest private natural reserve in all of southern Africa.

The reserve borders, for almost 100 km, along the western stretch with the Namib-Naukluft National Park. While to the east is the Nubib mountain range (Nubibberge) which reaches almost 2,000 meters above sea level.

The area occupied by the reserve is particularly suggestive and rich in a great variety of spectacular desert and semi-desert landscapes. There are in fact expanses of grass characteristic of the savannah, extensive plains of gravel and sand, sand dunes with a typical deep red color, inselbergs and mountains. The C27 road crosses the reserve from north to south and allows to admire this fascinating landscape.

The Namib Rand reserve was established in 1992 to protect and conserve the area’s ecosystem and animals. The pre-Namib, an area rich in fauna and flora which is very important for preserving bio-diversity and for facilitating the seasonal migration of animals. 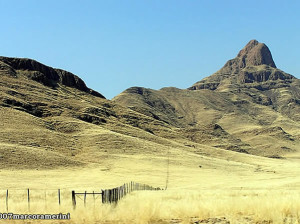 Thanks to the elimination of all types of fences and the low impact of tourism, which is also the source of self-financing, the reserve has become a wildlife sanctuary and a model for the conservation and management of a private area in Africa.

Among the mammals present in Namib Rand there are numerous oryxes (Oryx gazelle or gemsbok) and gazelles (Antidorcas marsupialis or springbok). Among the other species present we find the kudu, the Hartman and Burchell’s zebras, the giraffes, the baboons, the hartebeest, some small antelopes such as the klipspringer, a small sturdy antelope, and the steenbok. There are also many species of predatory animals including leopards, hyenas, jackals, various species of foxes, African wild cats and the caracal. There are also numerous reptiles and birds. Rich is the variety of desert and semi-desert plants present. 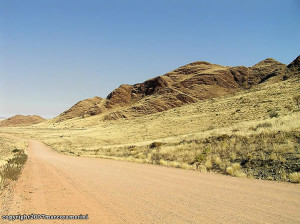 2013-12-13
admin
Previous: Fish River Canyon: the largest canyon in Africa
Next: Namib Desert: the highest dunes in the world