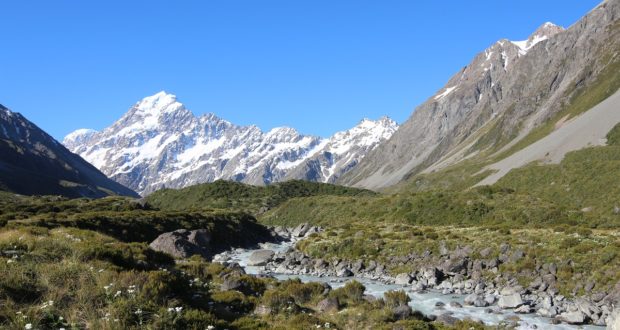 New Zealand is a nation famous for the beauty of its natural landscapes. Over 20 percent of New Zealand’s territory is protected by national parks, forest reserves and nature reserves. There are 13 national parks in New Zealand. Originally there were 14 but Te Urawera National Park was deprived of this status in 2014. This park protected one of the largest native forest areas on the North Island.

NATIONAL PARKS OF THE NORTH ISLAND

Among the parks of the North Island, the most famous is the Tongariro National Park which is the oldest New Zealand national park, it was in fact established in 1887. This is the fourth oldest national park in the world after Yellowstone in the United States, the Royal National Park south of Sydney in Australia and Banff National Park in Alberta, Canada. The Tongariro, which is located in the center of the North Island, comprises three active volcanoes: the Tongariro, Ruapehu and Ngauruhoe volcanoes. In the park there are also numerous sacred Maori sites. This peculiarity allowed its inclusion in 1990 among the mixed cultural and natural sites of the UNESCO World Heritage Site.

NATIONAL PARKS OF THE SOUTH ISLAND: THE FIORDLAND

The South Island of New Zealand is a concentrate of natural and scenic beauty, where most of the protected areas of the country are located. New Zealand’s largest national park is the majestic Fiordland National Park, a place of spectacular natural scenery. Here you will find deep fjords, glacial lakes, majestic mountains and glaciers. The most visited attractions in this park are the famous Milford Sound and Doubtful Sound fjords.

Another spectacular park is the park around New Zealand’s highest mountain: Mount Cook (Aoraki). The park is characterized by alpine landscapes and the presence of the longest glacier in the country, the Tasman Glacier. Two other parks characterized by alpine landscapes are those of Mount Aspiring and Westland. Also in these parks there are glacial lakes, glaciers and vast primordial forests. Westland stretches along the wild and isolated west coast.

In the central-northern part of the South Island is Arthur’s Pass National Park, a wild park that is crossed by one of the most scenic alpine roads in the country. Further north is Nelson Lake National Park, the park covers a mountainous area dotted with lakes. Paparoa National Park stretches along the west coast between Greymouth and Westport. This park is known for the presence of the famous Pancake Rocks near Punakaiki.

Finally, in the far north of the South Island are the last two parks: the Abel Tasman National Park, a beautiful coastal park characterized by beautiful sandy beaches, and the Kahurangi National Park which protects remote, mountain and coast areas, of this part of the island.

NATIONAL PARKS OF THE ISLAND OF STEWART

Finally, the most southerly national park in the country, Rakiura National Park, occupies approximately eighty-five percent of the area of Stewart Island. Here one can observe a virgin nature very similar to what New Zealand must have been before the arrival of the European colonists. The park is a breeding and living place for numerous bird species.

Official page of the Department of Conservation of New Zealand.

Booking.com
2020-04-14
admin
Previous: Practical advice for a travel to French Polynesia
Next: A photographic tour to New Zealand