International Flights: Arriving in New Caledonia is a long journey from Europe are about 20,000 km, which generally requires, included flights and airports stops, about 22-25 hours by plane. From the west coast of the United States are about 10, 000 km and about 15 hours of flight.

The international connections with New Caledonia are assured by the airlines Air Austral, Air France (in codeshare with Aircalin), Air New Zealand, Air Vanuatu and Qantas.

Europe: there are flights from Paris (Paris-Charles de Gaulle International Airport CDG) operated by Air France in codeshare with Aircalin (via Seoul, Osaka or Tokyo) to Noumea. 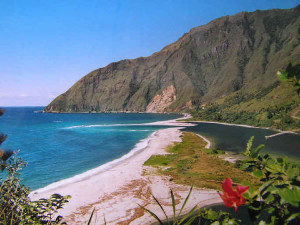 Asia: Aircalin has flights to Noumea from Osaka-Kansai (3 flights a week), Seoul-Incheon, Tokyo-Narita (5 flights per week).

United States: There are no direct connections, the best solutions are flying to New Zealand or French Polynesia, and from there take a flight to New Caledonia.

Airports: New Caledonia has one international airport, the Aéroport International de Nouméa – La Tontouta (NOU), the airport is located 52 km north-west of Noumea, depart from this airport all international flights. For domestic flights the main airport is the Nouméa Magenta (GEA), which is just 3 km north-east of Noumea.

Domestic Maritime Transport: There are ferry services between Noumea and Isle of Pines (3 hours), Lifou, Maré and Ouvéa carried out by a power catamaran.

Booking.com
2013-11-19
admin
Previous: Climate of New Caledonia: when to go to New Caledonia
Next: Isle of Pines: the closest island to Paradise