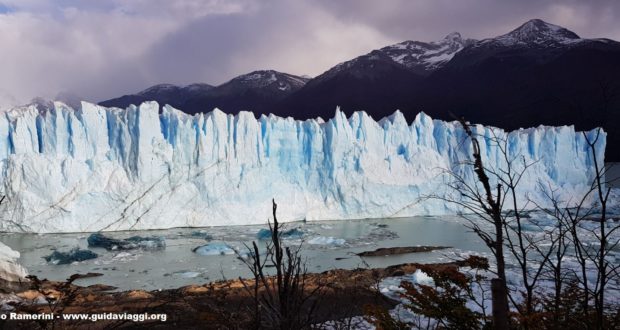 Argentina (República Argentina/Argentine Republic) is a federal presidential republic situated between the Tropic of Capricorn and 55° latitude south. It extends in the north-south direction for about 3,700 km in the southern part of South America. It is washed to the south-east by the Atlantic Ocean and borders to the west with Chile, to the north with Bolivia and Paraguay, to the north-east with Paraguay and Brazil and to the east with Uruguay.

The Argentine capital Buenos Aires is one of the largest South American metropolises and the seat of one of the largest ports of the continent. It is located on the banks of the Rio de la Plata. In addition to the capital other important cities of the country are Córdoba, Rosario, Santa Fé, La Plata, Mar del Plata, San Miguel de Tucumán, Salta and Mendoza.

The territory of Argentina is rich in high mountains in the area along the western border with Chile, where the Cordillera de los Andes is situated, while the eastern side is formed by vast plains and to the south lie some rocky plateaus. The northern Andean Cordillera is characterized by the vast desert plateau La Puna with average heights of 3,500 meters. In this area the highest mountain is the Llullaillaco volcano with 6,739 metres.

To the south of the platau the Andean chain rises to the volcanic peaks of Ojos del Salado with 6,891 metres, Nevado Tres Cruces with 6,749 meters and Incahuasi with 6,621 metres and Cerro Bonete with 6,759 metres. The central part of the Cordillera has the highest peaks of the country, including Aconcagua with 6,962 m, being the highest mountain of Argentina as well as the highest of South America. Other impressive mountains around Aconcagua are Mount Pissis with 6,793 metres, Cerro Mercedario with 6,720 meters and Tupungato with 6,570 metres. Further south the peaks of the Andes are less high such as the volcanoes Domuyo with 4,709 meters and Lanín with 3,747 metres.

The Patagonian Andes covered with snow and glaciers reach the highest elevation by the Cerro Tronador with 3,491 meters. In the region along the border with Chileare are spectacular peaks like Cerro Torre with 3,128 meters and Cerro Chaltén or Mount Fitz Roy with 3,375 metres.

The eastern area of Argentina consists of a vast area. mostly flat with hills not exceeding 600 metres. To the north lies the Gran Chaco region: Chaco Austral and Chaco Central, a vast flat land covered by a prairie spread of shrubs used mainly for the cultivation of cotton and livestock farming.

In the north-east of the country between the Uruguay and Parana rivers is the flat and marshy region of the Argentine Mesopotamia. To the south stretches for more than 1,600 km the Pampa, a vast expanse covered by flat steppe gras and shrubs, often cultivated with cereals or used for grazing cattle. Patagonia, the rugged region located south of the Pampa, consists of gravel plateaus and semi-arid steppe.

Argentina is crossed by several major rivers. The most important is the Paraná, which forms together with the Uruguay the estuary of the Río de la Plata, The basin of the Río de la Plata-Paraná is after the Amazon the largest South American basin, occupying an area of 3,200,000 sq km. The majestic Iguazú-Iguaçú waterfalls are one of the most interesting attractions of the country. It is located in the far north-east along the border with Brazil. Other major rivers are the Rio Pilcomayo, the Rio Paraguay, the Rio Bermejo, the Rio Colorado, the Rio Negro and the Rio Salado.

There are numerous lakes; some of them are located in Patagonia such as Lago Argentino, Viedma, Nahuel Huapi and Buenos Aires. They are renowned for their beautiful scenery. The lowest point of the country is the Laguna del Carbón in Patagonia at 105 meters below sea level, being at the same time the lowest point of South America.

Mineral resources exist as well. The production of oil and natural gas are increasing. Coal, iron, tin, lead, silver and gold are extracted. The industry is linked to the production of food, textiles and machinery.

The climate of Argentina.

2013-11-20
admin
Previous: Afghanistan tourist attractions: what to see
Next: The climate of Argentina: when to go to Argentina