Home / Antarctica / The Palmer Archipelago: a group of islands off Antarctica 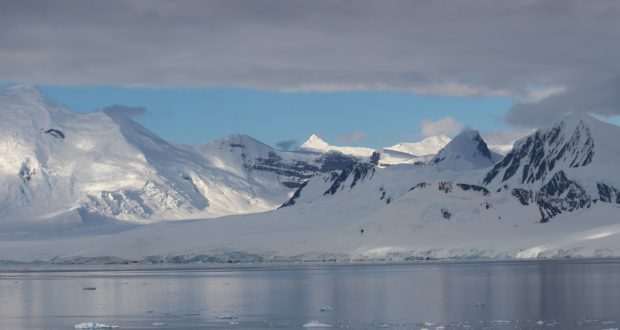 The largest island in the archipelago is Anvers island, a mountainous island that covers an area of 2,432 km². The American scientific base of Palmer Station is located on the southwest coast of Anvers Island. Anvers island is dominated by the Trojan mountain range that in some points exceeds two thousand meters in height. The highest mountain on the island and in the entire Palmer archipelago is Mount Français which reaches a considerable elevation of 2,760 meters.

AN ARCHIPELAGO EXPLORED AT THE END OF THE 19TH CENTURY

To the south of Anvers island, separated from the Neumayer Channel, there is Wiencke island an island covered by mountains and glaciers that rises up to 1,415 meters with the Luigi di Savoia Peak. Wiencke island is an island covered in ice and snow. The natural harbor of Port Lockroy is located along the northwest coast of the island of Wiencke. On a small island, Doumer island, located between Anvers island and Wiencke island, the Chilean scientific base Yelcho is located.

Another large island located north of Anvers island is Brabant island which is also the second largest island of the archipelago. Brabant island is also a mountainous island, where two mountain ranges rise, and is dominated by Mount Parry which rises up to 2,520 meters. Among the medium-sized islands of the Palmer Archipelago we also find Trinity island, Hoseason island, Doumer island, Two Hummock island and Liège island.

The Palmer archipelago was mapped for the first time between 1897 and 1899 by the Belgian Antarctic Expedition. The Palmer archipelago was named after the commander of the Belgian expedition Adrien de Gerlache in honor of Captain Nathaniel Palmer, who had sailed in the same waters in 1820. The landscape that can be admired in this area of Antarctica is spectacular and is characterized by glaciers, snow-capped peaks, icebergs, bays, canals. In these waters it is possible to observe numerous forms of life including whales, penguins, seals, orcas. Along the coasts nest penguins and other sea birds.

The official page of the Secretariat of the Antarctic Treaty.

2020-01-24
admin
Previous: The Danco Coast along the Antarctic Peninsula
Next: How to get to Antigua and Barbuda. Flights to Antigua