Home / Antarctica / The climate of Antarctica: when to go to Antarctica 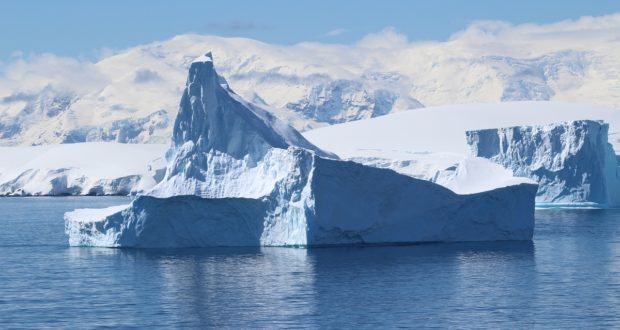 Antarctica is known as the ice continent. The climate of Antarctica is the most inhospitable of planet Earth. In this continent there are no cities or inhabited centers but the only human settlements are scientific bases.

THE CLIMATE OF ANTARCTICA: GLACIAL TEMPERATURES

THE CLIMATE OF ANTARCTICA: INTENSE AND COLD WINDS

Much of the continent experiences long dark months during the winter, between June and August, and uninterrupted days of light during the summer, between December and February. Intense and cold winds are a constant in the Antarctic climate. Called “katabatic winds” or “gravitational winds” they blow from the inland plateau towards the sea and are particularly intense along the coasts, at the edge of the continent, while inland the winds are cold but generally moderate in intensity. Due to the strong winds the seas around Antarctica are known to be the stormiest seas in the world.

THE CLIMATE OF ANTARCTICA: LOW PRECIPITATIONS

Looking at the rainfall, Antarctica can be considered a frozen desert. From the point of view of rainfall, the Antarctic continent is considered the driest desert in the world. Atmospheric fronts rarely penetrate the interior of the continent, leaving the internal areas cold and dry. Clouds are intense and frequent along the coasts, but they decrease considerably in the interior of the continent.

The central highlands of the continent receive on average less than 150 mm of annual rainfall and in some areas the rainfall is less than 50 mm per year. The rainfall is all snowy. Heavy snowfalls are common on the coastal part of the continent. The coast receives a greater amount of rainfall, generally between 200 mm and 400 mm. The areas with the most intense rainfall across the continent are the coastal areas of the Antarctic Peninsula – located below South America – and Wilkes Land – located below Australia – in these coastal areas the average rainfall exceeds 600 mm per year.

The sea surrounding Antarctica is frozen for most of the year, and only partially melts during the months between December and March. The so-called “Antarctic pack” in the winter months reaches latitudes between 55 ° S and 60 ° S, while in summer it arrives just north of the Antarctic Polar Circle.

WHEN TO GO TO ANTARCTICA

The Antarctic continent is the coldest area on the planet. The best time to visit this pristine continent are the months between December and February, which are relatively warmer months. During this period, the average daily temperatures along the coasts of Antarctica are close and sometimes higher than 0 ° C. These months are also those in which south of the Antarctic Circle the sun never sets.

The climate of the Antarctic Peninsula.

The official page of the Scientific Committee for research in Antarctica.

2020-01-23
admin
Previous: The Ngorongoro crater: animal paradise
Next: Climate of the Antarctic Peninsula: when to go to Antarctica