Taiwan: the ancient island of Formosa

WHAT REMAINS OF NATIONALIST CHINA

The island, since 1949, is the seat of the Government of the Republic of Nationalist China, a presidential republic with capital Taipei, which includes over to the island of Formosa, the Pescadores, Quemoy, Matsu, Wuchiu Hsu islands and the island of Itu Aba (0.46 sq km) in the Spratly islands archipelago.

The island is crossed from north to south by a high mountain range that reaches a maximum altitude with Mount Yu Shan (3,952 metres), along the east coast the mountains, that reach the coast, are high and rocky, instead the west coast, densely inhabited, is low and flat.

Taiwan’s economy is one of the most developed in Asia. Agriculture produces rice, sugar cane, tobacco, spices, citrus fruits, tea, coffee, tomatoes, fruit (peaches, pears), sweet potatoes, corn and soybeans. While the contribution of breeding (pigs and birds) is modest for the economy. The rich forests produce precious essences (bamboo, camphor, sandalwood, cedar and rattan). Fishing is very developed and organized (tuna, swordfish, sharks, and mackerel). The main fishing ports are those of Keelung and Kaohsiung. 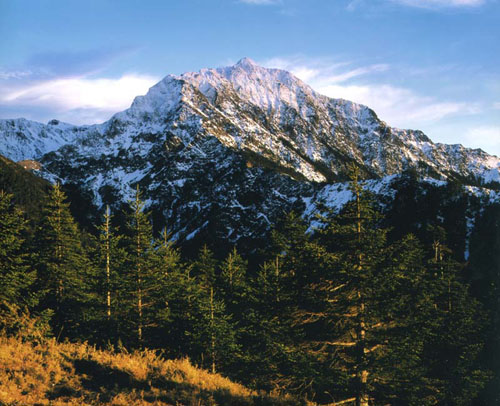 Among the resources of the subsoil mainly coal is extracted, then silver, sulfur and gold, the extraction of oil and natural gas is modest. Industry is the backbone of Taiwan’s economy. The manufacturing sector is highly developed, in particular electronics, IT, shipbuilding, textiles, food (sugar factories, canneries, breweries, tobacconists), chemistry, petrochemistry and metallurgy.

2013-11-28
admin
Previous: Tajikistan: the high mountain ranges of the Pamir and Alay
Next: Vietnam: rice, oriental art and nature