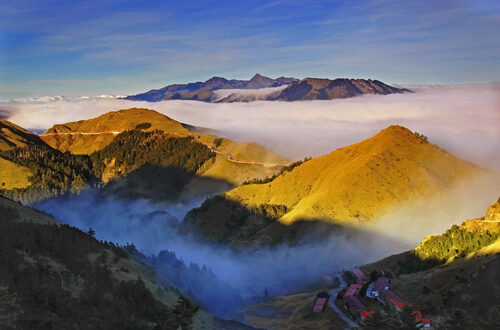 There is an island in the far east which, in the mid-sixteenth century, the Portuguese navigators called “Ilha Formosa” which means “beautiful island” for its beauty. Even today this island is sometimes called Formosa, but the most used name today is Taiwan. Currently the island is not very well known for tourism, and it is certainly not one of the most popular destinations for European and American tourism.

THE COAST OF THE ISLAND

But Taiwan certainly has several interesting aspects for the traveler. The island faces the Taiwan Strait to the west and the Pacific Ocean to the east. At the southern end of the island is Kenting National Park, one of the most beautiful coastal scenery on the island. While on the opposite side, at the northern end is the Yehliu Geopark with strange rock formations.

Spectacular is the wild east coast, the one overlooking the Pacific Ocean. Here the Qingshui Cliff is one of the most spectacular spots on Taiwan’s Pacific coast. The cliff is more than 1,000 meters high and descends almost vertically to the sea. This part of the coast is crossed by the futuristic Suao-Hualien highway that crosses it with long tunnels.

The island is surprisingly mountainous. Its mountains include over 250 peaks that exceed three thousand meters in height. The highest mountain is the Yu Shan or Jade Mountain which reaches 3,952 meters and makes Taiwan the fourth highest island in the world, after New Guinea, Hawaii and Borneo. Among the most interesting natural areas of the island are the Taroko Gorge, the Sun Moon Lake and the Alishan National Scenic Area. All of these locations are located in the mountainous heart of Taiwan.

Another interesting feature of the island are its inhabitants. 95% of the population is of Chinese ethnicity, but the ancient inhabitants of the island who today represent a small minority retain their languages and traditions. Most of Taiwan’s indigenous population lives in the mountainous areas along the east coast. Their languages do not belong to the Chinese language family, but to the Austronesian language family and are written in the Latin alphabet. Over 70% of them are Christian.

On the island there are some interesting ancient temples of traditional Chinese religion such as Bangka Lungshan and Dalongdong Baoan in Taipei. Not many people know, but Formosa was a Dutch colony in the seventeenth century and for some decades the Spaniards also had fortified bases along the coasts of the island. Some traces of this period remain in Tainan (Fort Zeelandia and Fort Provintia) and in Tansui (Fort San Domingo).

The capital Taipei is home to one of the tallest modern buildings in the world, Taipei 101. This skyscraper was the tallest structure on the planet between 2004 and 2009 until its record was surpassed by the Burj Khalifa in Dubai.

Taiwan is served by three major international airports and is well connected with most Asian countries. Taipei’s Taoyuan International Airport is the most important and the only one with flights from other continents, including North America, Europe and Oceania. China Airlines is the flag carrier of Taiwan.

Booking.com
2021-01-16
admin
Previous: Bonaire: a diver’s paradise
Next: Why visit Mauritius? The most beautiful attractions 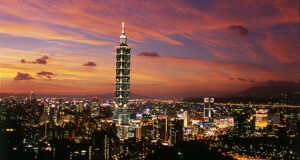 Taiwan: the ancient island of Formosa