Home / Africa / Mauritius / Why visit Mauritius? The most beautiful attractions 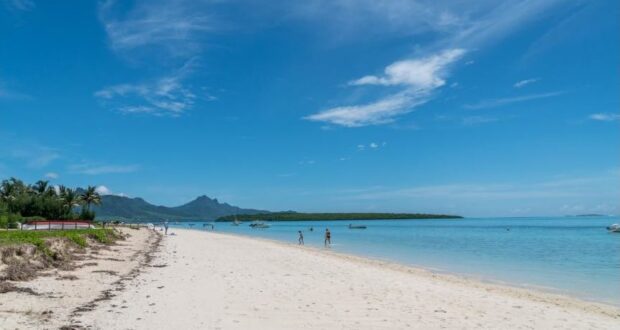 This is one of the most beautiful areas of the island for the seascape which is surrounded by a splendid mountain as a backdrop. A peninsula that extends along the southwestern coast of Mauritius, dominated by a basalt mountain that rises from the surface of the sea to over 550 meters. This is the enchanting scenery that awaits you in this area of the island. All surrounded by a splendid lagoon and the blue sea of Mauritius.

The mountain takes its name from a ship of the Dutch India Company which was shipwrecked here in 1783. Due to its beauty, this area of the island has been included in the restricted circle of UNESCO World Heritage Sites. This mountain in some respects resembles the mythical mountain of the island of Bora Bora in French Polynesia.

THE BOTANICAL GARDENS OF PAMPLEMOUSSES

In the north of the island lies another gem of Mauritius: the Pamplemousses Botanical Gardens. A botanical garden that has the distinction of being the oldest in the southern hemisphere, was in fact founded around 1770. Today it covers over 25,000 hectares. The garden is known for its long pond of giant water lilies (Victoria amazonica).

THE POPULATION AND THE CUISINE

Mauritius is home to a diverse population that originates from migrations coming mainly from India, Africa, China, Madagascar and Europe. The island society is multi-ethnic, and the various communities live in harmony and respect. Even from a religious point of view, the population is very diverse. The majority of the inhabitants follow Hinduism, professed by 48.5% of the population. Christianity (32.7%) and Islam (17.2%) are also very popular.

The mixture among the population has also led to an extraordinary culinary richness. The dishes are quite spicy, but very tasty. The Indian influence is evident in the flavors and spiciness. Spices are in fact an important component of Mauritian cuisine. But French and Chinese cuisine also made their contribution to the island’s cuisine. Don’t miss a visit to the Port Louis market. The food sold in the street stalls, the classic street food, but which is also available in shopping centers, is worth trying. Sugar, tea and rum are some of the typical products of the island.

In the south of the island is another gem of the island, the Black River Gorge National Park. The park protects most of the rainforest left on the island. Many endemic plants and animals are still present in the park, among them the many endemic birds of the island. The park is also one of the favorite places for nature and trekking lovers. In this area of the island, near the park, there are also other attractions not to be missed such as Rochester Falls, Souillac and the colored lands of Chamarel.

This mountain overlooking the island’s capital, Port Louis is 820 meters high and is the second peak on the island. Its name is due to a governor of the Dutch East India Company. But its peculiarity is the presence on its summit of a huge boulder in the balance. At the time of the English colonization, a popular legend said that the British would leave when the stone fell from the top of the mountain. But the British are gone and the stone is still there.

This island located along the east coast of Mauritius is the most popular tourist destination on the island. Ile aux Cerfs is full of coral sand beaches, turquoise waters and lush tropical vegetation. A visit to this island is a must during your vacation in Ile Maurice.

2021-01-18
admin
Previous: Taiwan: an island with very high mountains
Next: Wadi Rum: landscapes from another planet