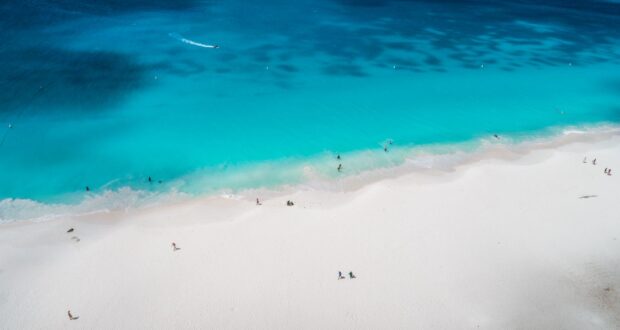 Aruba: The pearl of the southern Caribbean

In the southern Caribbean, off the coast of Venezuela, there are three islands linked to the Netherlands. These islands, based on the initial letter of their name, are also called ABC islands. The letter A of this group of islands indicates the island of Aruba. The other two letters indicate the islands of Bonaire and Curaçao. Of the three islands, Aruba is the closest to the Venezuelan coast from which it is less than 30 kilometers away.

Touristically, the island has five strengths. In no particular order, the first is the dry and warm climate which makes it a privileged destination at any time of the year. Aruba is also out of the hurricane zone that hit almost all the other Caribbean islands. The second strong point is the sea and the beaches of the island. The third is the semi-desert vegetation of the interior of the island where the Arikok Natural Park is located.

The fourth and fifth strengths are closely linked: the welcoming and hospitable population, very varied, and the cuisine of the island that reflects the variety of the population. Among the typical dishes of the island cuisine: Bolo Preto (local cake), Keshi Yena (cheese stew), Pastechi (stuffed shortcrust pastry) and Funchi (the Aruban version of polenta). All within a very broad framework of the hotel offer: on the island you will find great luxury hotels and boutique hotels, apartments and wonderful private villas.

In the collective imagination Aruba indicates blue sea and white sand beaches. Aruba’s beaches are all public and freely accessible. The two most beautiful beaches on the island are Eagle Beach and Palm Beach, all located along the north west coast. Further north, along the same stretch of coast are the beaches of Hadicurari, Arashi and Malmok.

Besides the pristine coral reefs, diving enthusiasts will also find some fascinating shipwrecks. The two most famous are those of Pedernales and Antilla which date back to the Second World War.

A NATIONAL PARK COVERS 20% OF THE ISLAND

20% of the island’s territory is protected by a national park, the Arikok National Park. Here in a semi-desert landscape dotted with cacti you will find natural arches, caves, natural pools and pristine coasts.

The North-East coast is the wildest coast of the island, here the roads are dirt, so to explore it entirely you need an off-road vehicle. Here you will find the Bushiribana gold mine ruins, the Baby Bridge natural bridge, the wild Andicuri beach, the Conchi natural pool, the Guadirikiri and Fontein caves and the beaches of Boca Brins and Dos Playa. In the interior there are the rock formations of Casibari and Ayo. While at the southern end of the island are the wild beach of Boca Grandi and, on the other side, the quieter beaches of Rodger’s Beach and Baby Beach.

AN IDEAL DESTINATION FOR FAMILIES WITH CHILDREN

The island is also an ideal destination for families with children. Some beaches are also perfect for small children, such as those at Baby Beach, Palm Beach and Arashi Beach. Not only for children, but also for adults, another visit to do is that of the Butterfly Farm, a tropical garden full of numerous and colorful different species of butterflies. A visit to the Donkey Sanctuary, a means of transport from the island’s past, can also be interesting.

If you visit the island between March and November, you may also be lucky enough to admire the exciting spectacle of the sea turtles hatching. Aruba is one of the nesting places for some turtle species. If you’re lucky, you can see them along the beaches of Eagle Beach, Boca Grandi and in Arikok National Park.

THE CAPITAL OF THE ISLAND

A visit to the island is not complete without visiting the capital Oranjestad, a Dutch colonial-style town. Here you will find historic buildings and pastel colored houses typical of Dutch Caribbean architecture. Among the most interesting buildings are the Town Hall, the Hotel Colombia and the Fort Zoutman, built in 1798. In the fort there is the Aruba History Museum. Another interesting museum is the Archaeological Museum.

For those interested in street art, the place to visit is San
Nicolas. Here you will find colorful murals, made by artists from all over the world. Carnival takes pride of place among the local festivals. With over a month of celebrations this is in fact the most spectacular festival in Aruba.

Returning from Aruba, among the products to give to your loved ones there are undoubtedly those of local crafts. Made in Aruba is the logo that certifies that the product was made entirely on the island. Typical products include cigars (Aruhiba), rum (Rum Palmera), beer (Birra Balashi), aloe (Aloe Museum and Factory) and spicy sauces.

One interesting thing: Aruba’s tap water is drinkable, in fact there is the largest desalination plant in the Caribbean on the island.

The island has a major international airport, Queen Beatrix International Airport, which is well connected to numerous Caribbean destinations. There are also frequent flights to North America and South America. While from Europe there are flights from Amsterdam airport. For those coming from Europe there are two possibilities: make a stopover in Amsterdam and then with KLM reach Aruba, or make a stopover in Miami and then arrive in Aruba with American Airlines.