Home / Asia / Uzbekistan / The climate of Uzbekistan: when to go to Uzbekistan

The climate of Uzbekistan: when to go to Uzbekistan

Uzbekistan has a dry continental climate. This type of climate turns out to be very cold in winter with freezing and violent winds. While it is very hot in the summer. In addition, the climate of Uzbekistan is characterized by significant differences in daily and seasonal temperatures.

Much of the country is arid and desert with an average annual rainfall that varies between 100 mm and 200 mm. The driest areas are mainly the southern ones. Most of the low rainfall falls between October and May, but the rains are not a problem in such a dry country. 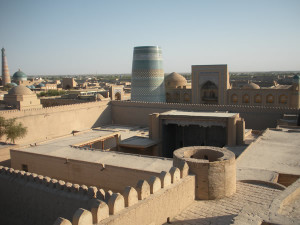 WHEN TO GO TO UZBEKISTAN

Based on the climate of Uzbekistan, the best time for a trip to Uzbekistan is the midseason. That is, the months between April and June and those of September and October. The central months of summer are dry but they are also very hot.

admin
Previous: Uzbekistan: historic cities along the Silk Road
Next: Yemen: the Arabia Felix of the ancients 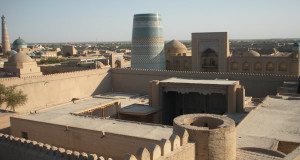