Home / Europe / Malta / Tourist attractions of Malta: what to see in Malta

The sea and the many natural beauties are among the most important tourist attractions of Malta. The islands of the archipelago have very beautiful coastal landscapes. There are famous seaside resorts such as Sliema, Saint Julian’s and St. Paul’s. But the most beautiful sea in Malta is the one that can be admired in the islands of Gozo and Comino. Such as that of Blue Lagoon Bay between the islands of Comino and Cominotto.

The most interesting prehistoric remains of Malta have become part of the restricted list of UNESCO World Heritage Sites. These include the Hal Saflieni Hypogeum dating back to 2,500 BC, and the seven of the Bronze Age Megalithic Temples (3,000-2,200 BC) found in the islands of Malta (Ta’Hagrat, Skorba, Hagar Qin, Mnajdra, Tarxien ) and Gozo (Ggantija temples). 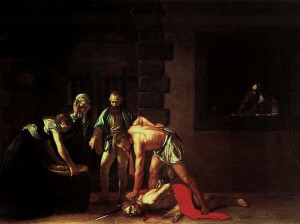 Ruled for almost three hundred years by the Knights of St. John, the island of Malta still has suggestive traces of its past. The fortifications of Valletta and its bay such as those of Vittoriosa (Birgu), Cospicua, and Senglea, built at the end of the 16th century, are among the most beautiful examples of Renaissance military fortification. For this reason, the city of Valletta has been declared a UNESCO World Heritage Site.

Among the works of art housed in Malta to remember two famous paintings by Caravaggio, visibles in the Cathedral of Valletta (The Beheading of Saint John the Baptist) and in the Museum of the Cathedral (Saint Jerome Writing).

Another place rich in history is the ancient capital of Malta, Mdina, with its medieval old town full of beautiful buildings and churches. Near Mdina is an interesting Roman villa with wonderful mosaics. In the island of Gozo is to visit the main center of Victoria with a beautiful church, and a wonderful citadel that encloses the old town.

The climate of the island. 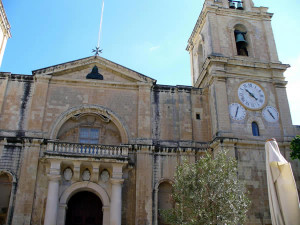 The numerous churches are among the tourist attractions of Valletta, Malta. Author Liliana Ramerini.

2013-12-26
admin
Previous: Malta: fortifications, prehistoric remains and sea
Next: The climate of Malta: when to go to Malta