Home / Europe / Malta / The climate of Malta: when to go to Malta

Malta is an island located in the middle of the Mediterranean Sea, which has a mild and warm climate, typically Mediterranean, the main features of the Maltese climate are the long dry summers and the short and humid winters.

The breezes that blow from the sea allow a certain coolness to the summer heat, when the average maximum temperatures exceed 30°C, but when the south wind (Xlokk) blowing from the African desert temperatures and muggy is considerably increased.

The island of Malta is very dry, between May and August, rains are very rare, the wettest months are those that go from October to January, falling on average just over 550 mm of rain per year. Malta has an average of about 84 days of rain per year, ranging from less than a rainy day in July to 14 days of rain in the month of December. The island has 2,950 hours of sunshine annually.

The temperature of sea water of Malta is above 20°C from mid-May to mid-December, reaching 27°C in August.

WHEN TO GO TO MALTA

Any time of year is good to visit Malta, although the summer can sometimes be very hot, and the winter is rainy but has mild temperatures. The best time for a trip to Malta are the warmer months of spring and early autumn.

THE CLIMATE OF MALTA: CLIMATE TABLES

2013-12-26
admin
Previous: Tourist attractions of Malta: what to see in Malta
Next: Moldova: what was ancient Bessarabia 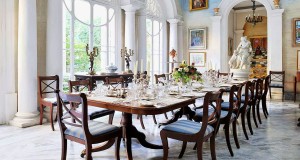