Home / Asia / Lebanon / The climate of Lebanon: when to go to Lebanon

The climate of Lebanon is Mediterranean, but influenced by the presence of mountains running parallel to the coast and that block the flow of moist air into the interior. The western slopes of the mountains of Lebanon are the wettest areas of the country, in some locations fall up to 2,000 mm of rain per year.

Along the coast the climate is temperate with hot and dry summers, and mild and rainy winters. The wettest months are between November and March and between May and September rains are almost absent, the average annual rainfall is around 800 mm.

In the mountains the climate in winter is cold and snow are common. The snow at higher altitudes remains present for about six months a year, between December and June.

WHEN TO GO TO LEBANON

Due to the Mediterranean climate, a visit to Lebanon is pleasant all year round, but despite this the best time for a trip to Lebanon are the hottest and driest months between April and October.

2013-11-27
admin
Previous: Lebanon: the land of cedars and Phoenicians
Next: Macau: casinos and colonial atmosphere 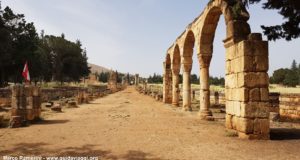 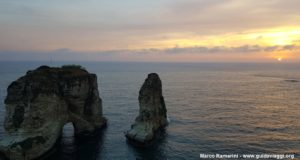