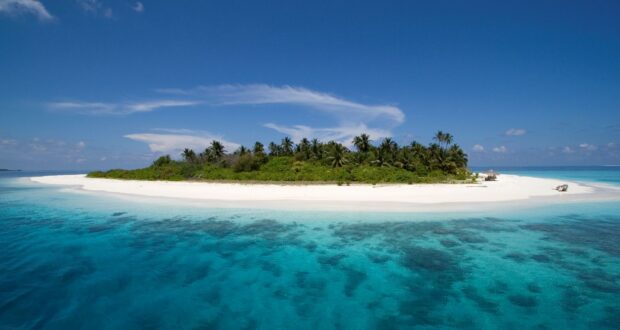 An island in the Maldives. Credit Maldives Tourism.

The Maldives are made up of 26 coral atolls. One of these atolls is the Ari atoll also known as Alifu. This atoll is located between 80 and 120 km southwest of the archipelago capital, the city of Male. The atoll is located at a latitude between 3 ° and 4 ° north of the Equator.

Ari stretches from north to south for about 90 km and from east to west for about 30 km. The atoll consists of 105 islands some of which are resort islands developed for tourism. This atoll has a resident population of about twelve thousand inhabitants, who live on the 36 inhabited islands that make it up. The most populated islands are those of Maamigili and Mahibadhoo.

Ari Atoll is one of the areas in the Maldives where tourism is promoted. There are about twenty resorts there. By far the most popular activity is diving. Also here you can swim with whale sharks and manta rays.

HOW TO GET TO ARI ATOLL

The seaplane flight time from the capital Male is approximately 30 minutes. In the extreme south of the atoll, on the island of Maamigili there is an airport, the Villa International Airport Maamigili. Flyme (Villa Air) flights operate from this airport, connecting it with other atolls in the Madive Islands with ATR42 and ATR72 aircraft.

WHERE TO STAY IN ARI ATOLL 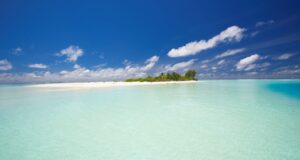