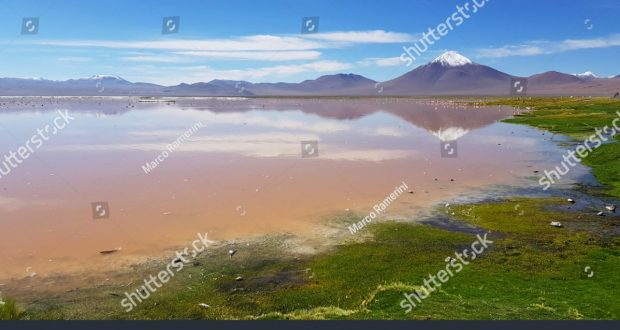 Bolivia tourist attractions: what to see in Bolivia

Bolivia is a little developed country from the tourist point of view. But the beauty of its landscapes and the customs and culture of its populations with multicolored clothes are very appetizing attractions for tourists looking for something special. There are many tourist attractions in Bolivia both from a natural and historical point of view.

Bolivia has landscapes of all kinds. It starts from the majestic peaks of the Andes and to the highlands, where there is literally no breath, up to the tropical plains of the Yungas. There are places such as the world’s highest capital, and one of the highest navigable lakes in the world. There are spectacular Andean landscapes such as those of the Salar de Uyuni or the Green Lagoon, and important archaeological remains such as in Tiahuanaco (Tiwanaku). While in the city of Potosí you can see what was the most important silver mine in all of Spanish America, Cerro Rico.

Bolivia has some sites declared by UNESCO as a World Heritage Site. The first Bolivian UNESCO site, the city of Potosí, was entered on the list in 1987. In the following years followed the Fort of Samaipata (Fuerte de Samaipata) (1998), the historic city of Sucre (1991), the Jesuit Missions of the Chiquitos (1990), the archaeological center of Tiwanaku (2000), the road system of the Andes ( Qhapaq Ñan) (2014).

THE ATTRACTIONS OF THE NATURE OF BOLIVIA

The Salar de Uyuni is the largest expanse of salt in the world measuring 10,580 km² and is located at 3,656 meters high. The salar was formed by the drying up of an ancient lake and in its center there are some “islands”, which are the remains of the tops of ancient volcanoes which were submerged when the salar was a lake.

The Laguna Verde is a small salt lake in the Bolivian plateau which is located near the border with Chile at an altitude of around 4,300 meters and is dominated by the cone of the Licancabur volcano. The Green Lagoon is surrounded by spectacular volcanic landscapes and other salt lakes such as the larger Laguna Blanca.

Lake Titicaca, which is located at a height of 3,811 meters, is one of the highest navigable lakes in the world. The islands of the lake are home to the Uros, a pre-Inca population that still lives on artificial islands floating on the lake.

Tiahuanaco (Tiwanaku), what is now the largest archaeological area in Bolivia, was between 600 and 800 AD. one of the most important religious centers in South America. Located on the Andean plateau 20 km from Lake Titicaca, the most famous construction of Tiahuanaco is the enigmatic Puerta del Sol. Tiahuanaco was included in the UNESCO list of World Heritage Sites in 2000.

Potosí was one of the most important colonial centers of Spanish America. The city was known for its silver mines. The mines of Cerro Rico were active between 1556 and 1783. Potosí was included in the list of World Heritage Sites by UNESCO in 1987.

La Paz, the administrative capital of Bolivia, located at 3,660 meters above sea level, is the highest capital in the world. The city is dominated by the imposing Illimani peak (6,438 meters), the highest mountain in the Cordillera Real.

THE LESS KNOWN ATTRACTIONS OF BOLIVIA

The Chiquitos Missions are located in eastern Bolivia, in the flat area of the state. They were founded by the Jesuits in the 17th and 18th centuries to convert the Indians to Christianity, and above all represent the fusion of European and Amerindian cultural elements. The Missions of Chiquitos have been part of the UNESCO World Heritage Site since 1990.

The Camino in Los Yungas is a legendary road that connects the cities of La Paz and Coroico, and in just 60 km it passes from the 4,650 meters high of the La Cumbre pass to the 1,200 meters of the city of Coroico. It is considered one of the most dangerous roads in the world. For this reason it is nicknamed the road of death (camino de la muerte).

The climate of Bolivia.

The highlands of Bolivia: landscapes of another planet

The climate of Santa Cruz de la Sierra: when to go

The climate of La Paz: when to go to La Paz

The climate of Bolivia: when to go to Bolivia